HomeWorldTrump warns cities, states to get much tougher on anti-police protests
World 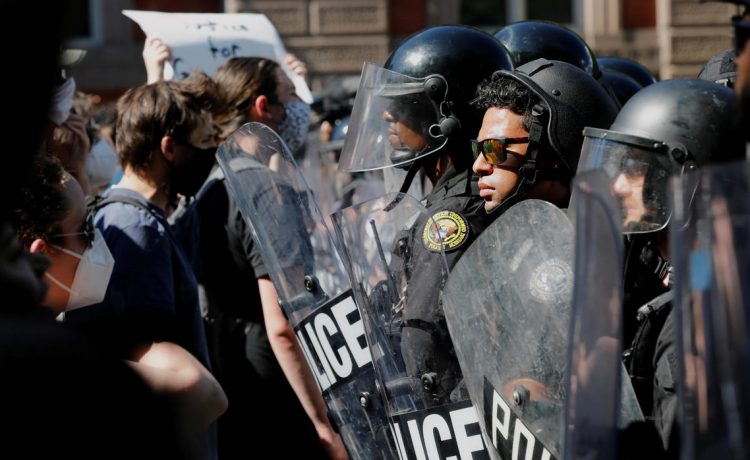 US President Donald Trump said on Saturday that states and cities must get "much tougher" on anti-police protests or the federal government will step in, including by using the military and making arrests.

"Liberal Governors and Mayors must get MUCH tougher or the Federal Government will step in and do what has to be done, and that includes using the unlimited power of our Military and many arrests," Trump said in a tweet.

Crossing State lines to incite violence is a FEDERAL CRIME! Liberal Governors and Mayors must get MUCH tougher or the Federal Government will step in and do what has to be done, and that includes using the unlimited power of our Military and many arrests. Thank you!

The warning followed several nights of unrest in some US cities as anger mounted over the death of George Floyd, a handcuffed black man who died after a police officer pressed his knee into his neck for several minutes earlier this week in Minneapolis.

Peaceful protests were held across the country Saturday with demonstrators chanting, "I can't breathe," a reference to Floyd's last words recorded in video footage that went viral earlier this week.

The Pentagon said Saturday it was ready to provide military help to authorities scrambling to contain unrest in Minneapolis, but Minnesota Governor Tim Walz had not requested federal troops.

Jonathan Rath Hoffman, the chief Pentagon spokesman, said several military units had been placed on higher alert “as a prudent planning measure” in case Walz asked for help. Hoffman did not identify the units, but other officials said they are mainly military police.

Hoffman said these were units normally on 48-hour recall to support state authorities in the event of crises like natural disasters.

Defence officials said there was no intent by the Pentagon to deploy any federal forces to Minnesota unless Walz asked for help. If he did make such a request, federal units such as military police could provide logistical and other kinds of support to the Minnesota National Guard or state law enforcement, but would not get directly involved in law enforcement under current plans, the officials said.

Riots no longer about Floyds murder