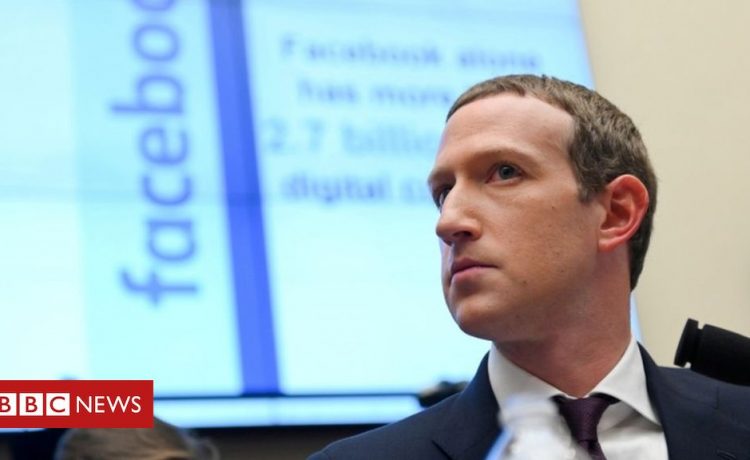 Facebook staff have spoken out against the tech giant's decision not to remove or flag a controversial post by US President Donald Trump last week.

Mr Trump took to Facebook to repeat a tweet about the widespread protests in Minneapolis, following the death of George Floyd in police custody.

Some staff said they were ashamed.

The president said he would "send in the National Guard", and warned that "when the looting starts, the shooting starts."

A "virtual walkout" is taking place today, with some employees leaving an out-of-office message explaining that they are protesting.

“People can agree or disagree on where we should draw the line, but I hope they understand our overall philosophy is that it is better to have this discussion out in the open, especially when the stakes are so high,” Mr Zuckerberg wrote in a post on the platform.

“I disagree strongly with how the President spoke about this, but I believe people should be able to see this for themselves because ultimately accountability for those in positions of power can only happen when their speech is scrutinized out in the open.”

Several employees expressed their frustration at the decision, on social media.

“I absolutely disagree with it… Silence is complicity.”

I work at Facebook and I am not proud of how were showing up. The majority of coworkers Ive spoken to feel the same way. We are making our voice heard.

“We need to strive harder as a company, and industry, to have our Black colleagues and fellow citizens backs so that they are not having to face down institutionalised societal violence and systemic oppression alone,” added David Gillis, a director in product design at Facebook.

Other employees used the companys internal messaging system to try to raise their concerns, The Verge reports.

Facebook said it "recognised the pain" many staff were feeling.

"We encourage employees to speak openly when they disagree with leadership. As we face additional difficult decisions around content ahead, we'll continue seeking their honest feedback," a spokesperson said.