The death of George Floyd, which triggered widespread protests across the US, has been declared a homicide following an official post-mortem.

The 46-year-old suffered a cardiac arrest while being restrained by Minneapolis police, the report found.

Meanwhile, President Donald Trump vowed to use the military to end the unrest.

A video showing a white police officer continuing to kneel on Mr Floyd's neck even after he pleaded he could not breathe has reignited deep-seated anger over police killings of black Americans.

It has led to six consecutive days of protests around the United States and a level of civil unrest not seen in decades.

The officer, Derek Chauvin, has been charged with third-degree murder and manslaughter and will appear in court this week. Three other police officers have been fired.

What did the reports say?

The official post-mortem examination of Mr Floyd also recorded evidence of heart disease and recent drug use. It said he suffered the cardiac arrest "while being restrained by a law enforcement officer" on 25 May.

The findings were released shortly after those of a private examination that was carried out by medical examiners hired by the Floyd family.

This report said Mr Floyd died from asphyxia (lack of oxygen) due to a compression on his neck and also on his back. It also found the death was a homicide, a statement from the family's legal team said.

"The cause of death in my opinion is asphyxia, due to compression to the neck – which can interfere with oxygen going to the brain – and compression to the back, which interferes with breathing," Dr Michael Baden, a former New York City medical examiner, said at a news conference on Monday.

Benjamin Crump, a lawyer for the Floyd family, said: "Beyond doubt he would be alive today if not for the pressure applied to his neck by officer Derek Chauvin and the strain on his body by two other officers."

He added: "The ambulance was his hearse."

Also on Monday, during a brief televised address from the White House's Rose Garden, President Trump threatened to send in the military to end the protests if cities and states failed to control them.

Speaking as the sounds of a nearby protest could be heard in the background, Mr Trump said "we are ending the riots and lawlessness" which he blamed on "professional anarchists" and anti-fascist group "Antifa".

"I have strongly recommended to every governor to deploy the National Guard in sufficient numbers that we dominate the streets," Mr Trump said.

The National Guard is the reserve military force that can be called on to intervene in domestic emergencies. About 16,000 of its troops have been deployed to deal with the unrest so far.

Mr Trump added: "If a city or state refuses to take the actions that are necessary… then I'll deploy the United States military and quickly solve the problem for them."

"I want the organisers of this terror to be on notice that you'll face severe criminal penalties," he said.

Earlier, President Trump told state governors they had been "weak" and had to get "much tougher" and utilise troops from the National Guard. 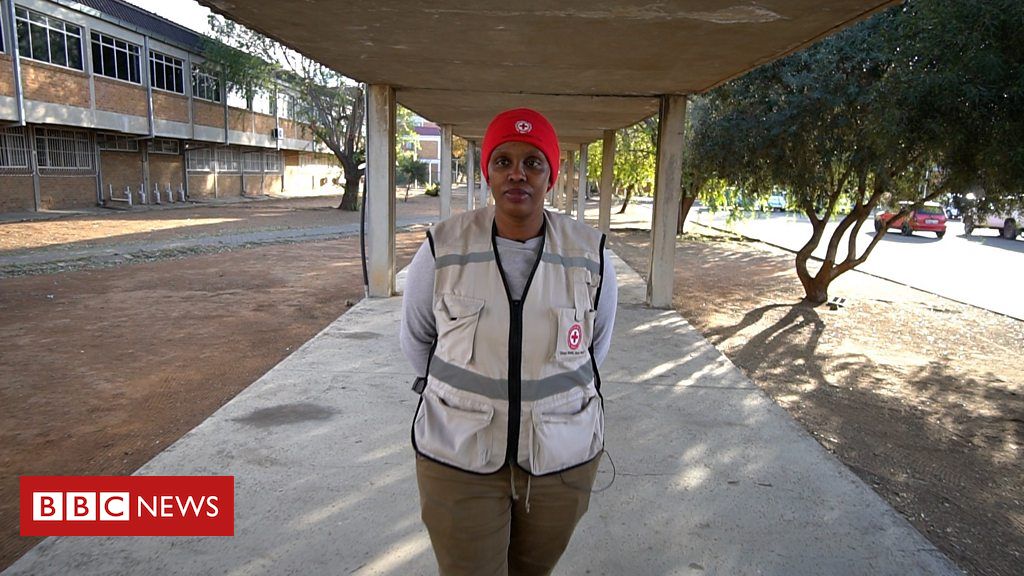 Coronavirus in South Africa: A day in the life of a contact tracer