BBC Radio 1Xtra is hosting a series of discussions and debates in support of the black community, with song choices that reflect black pride and identity.

Many record labels and music stars have gone quiet to observe the initiative.

MTV will go silent for eight minutes – the length of time a white police officer knelt on Mr Floyd's neck.

The gesture will be replicated on other channels including VH1 and Comedy Central, while 4 Music will pause its output once an hour throughout the day.

There will also be moments of reflection on BBC Radio 1 and Radio 2, while commercial radio stations including Kiss, Magic and Absolute Radio are observing a social media blackout "to show that racism of any kind cannot be tolerated".

Apple Music's Zane Lowe tweeted that he wouldn't host his radio show, saying he stands "united with his black and brown friends and colleagues".

"I will not be on radio. I will be taking part in Blackout Tuesday, listening, learning and looking for solutions to fight racial inequality," the DJ added.

Apple's iTunes store and its streaming service Apple Music have replaced their usual carousels of new music and playlists with a slide stating: "This moment calls upon us all to speak and act against racism and injustice of all kinds."

Listeners are then directed to a livestream of the Beats 1 radio station, where the music is focusing on themes of black empowerment and civil rights. All of the service's usual tracks are still available through the search function, however.

Spotify, meanwhile, has blacked out the artwork for several of its most prominent playlists, including Today's Hits and Rap Caviar, and has inserted a silence of eight minutes and 46 seconds into select podcasts and playlists "as a solemn acknowledgement for the length of time that George Floyd was suffocated".

Music companies and musicians around the world have adopted Tuesday as a day of reflection and protest in the wake of Mr Floyd's death last week in Minneapolis.

Katy Perry posted a plain black square and wrote: "I hope that #BlackoutTuesday gives us all (especially in the music industry) an opportunity to take what we're learning and put it into action on Wednesday, and every day going forward."

Rihanna said her Fenty beauty label would not conduct any business on Tuesday.

On Friday, a number of companies and artists began sharing a statement posted under the hashtag #TheShowMustBePaused, calling for "a day to disconnect from work and reconnect with our community" and "an urgent step of action to provoke accountability and change".

"The music industry is a multi-billion dollar industry. An industry that has profited predominantly from Black art. Our mission is to hold the industry at large, including major corporations + their partners who benefit from the efforts, struggles and successes of black people accountable."

They have subsequently posted several calls to action, including a reading list called Anti-Racism Resources and links to community action groups.

All three major record labels – Universal, Sony and Warner Music, whose combined annual revenues exceed $16bn (£12.75bn) – signed up to the initiative, as did many independent labels, the Glastonbury Festival and event organisers Live Nation. 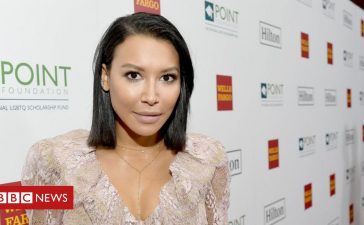 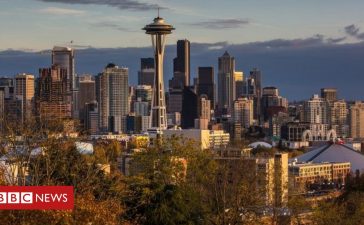