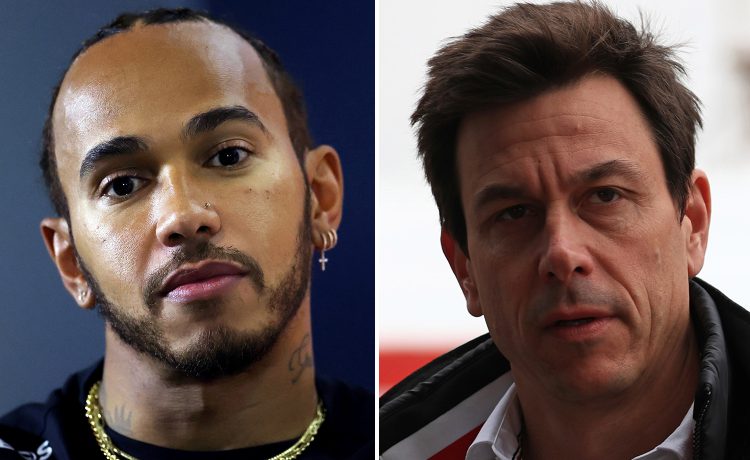 Lewis Hamilton has been strong in his response to the death of George Floyd in the United States which has led to widespread protests.

Lewis Hamilton has been praised over his outspoken stance on racism by Mercedes boss Toto Wolff. The Formula One world champion caused controversy by challenging his fellow drivers over their silence following the killing of George Floyd and the civil unrest which followed in the USA.

But Wolff said Hamilton did the right thing as the only black driver on the grid.

“Lewis is a supporter of minorities. I learned a lot from him,” said Wolff.

“He asked me once: ‘Have you ever had the active thought that you are white?’ I said I had never thought about it. He said: ‘I think about it every day.’

“It is very hard for us to comprehend how difficult it is and I am happy he has come out so vocal. He is one of the ambassadors of this sport and I think it’s good.

“Sometimes it needs events to trigger a massive wave of support for any minority and it is good that Lewis as a sports superstar speaks out in a sport that is dominated by white males.”

Hamilton said he was “overcome with rage” after the killing in Minneapolis and his confrontational approach to other drivers led to several, including Daniel Ricciardo and Charles Leclerc, publicly lending their support to the ‘Black Lives Matter’ campaign.

Hamilton’s contract with Mercedes expires at the end of the season but Wolff is confident that negotiations, which were frozen during lockdown, will be concluded positively when the season restarts in Austria on July 5.

“We were in very regular contact, but we didn’t work on any agreement,” said Wolff.

“Between us there is a lot of trust, we have been together for a long time, and never in these years together have we had to take the contract out and actually read what was written in there as it comes so naturally.

“Once racing resumes we’re going to spend some time together, dig the contract out of the cupboard, look at the timings and the numbers and the rights and hopefully have something pretty soon.”

F1 is currently scheduled to start in July with two races at the Red Bull Ring in Austria.

Meanwhile former driver Nick Heidfeld believes nobody would get anything out of Sebastian Vettel and Hamilton teaming up at Mercedes next season.

He explained: “No one would benefit from the signing of Vettel by Mercedes.

“He would go to a team that is completely in the hands of Hamilton, who is also in top form.

“It is not ideal for Vettel, but it would not be good for Hamilton to have such a team-mate either.

“Mercedes wouldnt want the two to be together either. That causes a lot of commotion and I just dont see whats going to happen.

“But well have to wait and see what happens. I havent talked to Vettel, so I dont know what hes going to do.”