HomeWomenTokyo 2020: Olympics will be ‘simplified’ in 2021
Women 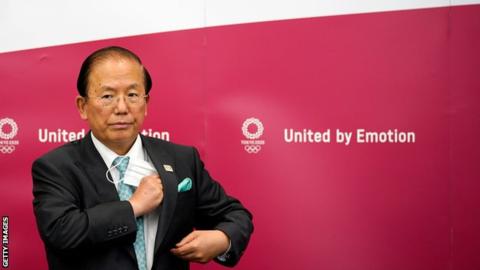 Tokyo 2020 will be a "simplified" Olympics, according to the chief executive of the organising committee.

The Games, scheduled to start in July, were postponed for a year in March because of fears over the Covid-19 pandemic.

Tokyo 2020 chief executive Toshiro Muto added that the Olympics will "not be done with grand splendour".

Organisers said that they are working on more than 200 ideas to simplify and reduce costs for the rescheduled Games.

Muto, speaking at a news conference, also revealed that the organisers had not ruled out reducing the number of fans, although the competition schedule remained unchanged for now.

Meanwhile, Yoshiro Mori, the president of Tokyo 2020, refused to discuss the possibility of cancelling the Games altogether.

Share on FacebookShare on TwitterShare on PinterestShare on LinkedIn Share on TumblrShare on RedditShare on VKontakte
adminJune 10, 2020