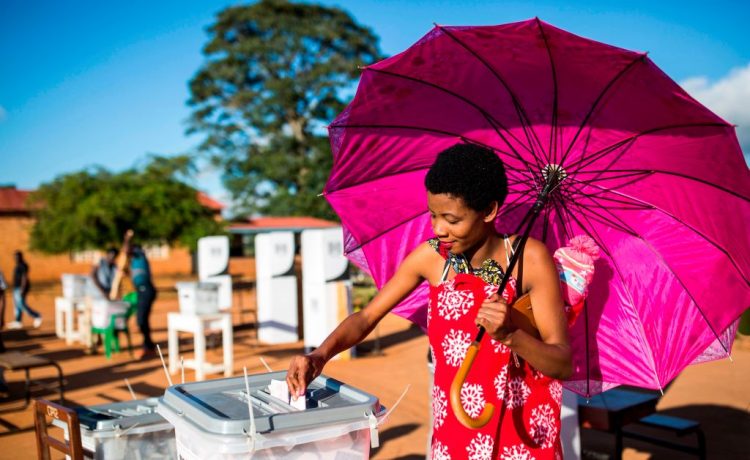 He defeated incumbent Peter Mutharika with 58.57% of the vote in Tuesday's poll, the electoral commission announced late on Saturday.

The country was bitterly divided in the run-up to this week's election.

It is the second African nation to annul a presidential election over irregularities, after Kenya in 2017.

Supporters of Mr Chakwera have been celebrating in the Malawian capital, Lilongwe, sounding car horns and letting off fireworks.

Why was there a new vote?

A rerun of the 2019 election was ordered after the Constitutional Court found the original ballot had been marred by widespread irregularities.

Mr Chakwera, who came second in that election, argued that tallying forms had been added up incorrectly and tampered with using Tipp-Ex correction fluid.

Uncertainty around the result sparked months of tension, which spilled over into clashes between opposition supporters and police.

February's annulment led some to celebrate, but Mr Mutharika described it as a "serious subversion of justice" which marked the death of the country's democracy.

There were concerns over the logistics and safety of carrying out an election in the midst of the worldwide coronavirus pandemic.

Who is Lazarus Chakwera ?

Born in Lilongwe to a subsistence farmer, the philosophy and theology graduate has pledged to raise Read More – Source