Seattle police move in to clear protesters from Chop zone 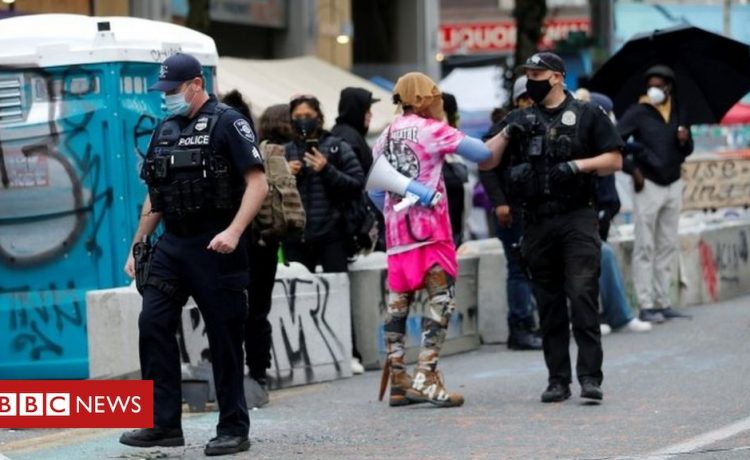 Police have moved in to clear crowds out of Seattle's self-governed zone set up by protesters three weeks ago.

A number of people were arrested as heavily equipped officers swept into the area on Wednesday morning following an order by the city mayor.

The Capitol Hill Occupied Protest (Chop) zone was set up amid anger over the death in police custody of African American George Floyd in Minneapolis.

The self-policed protest has a Black Lives Matter mural and communal garden.

Mayor Jenny Durkan said that until now the authorities had "reasonably facilitated an ongoing exercise" of free speech and demonstration rights under the US constitution.

But she said those rights "do not require the city to provide limitless sanctuary to occupy city property, damage city and private property, obstruct the right of way or foster dangerous conditions".

Share on FacebookShare on TwitterShare on PinterestShare on LinkedIn Share on TumblrShare on RedditShare on VKontakte
adminJuly 1, 2020