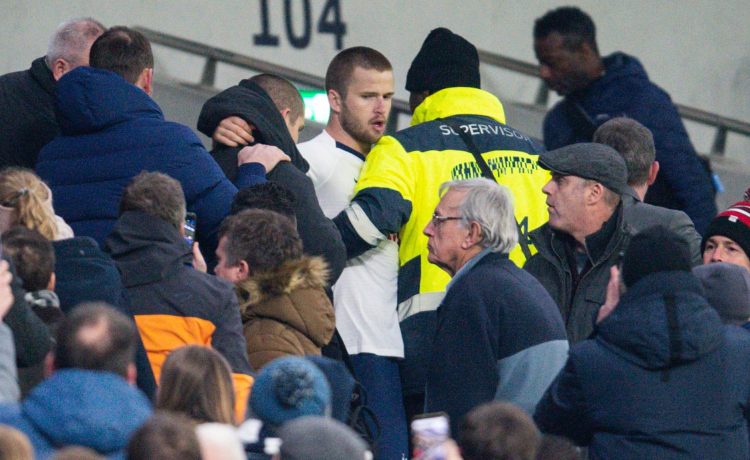 Eric Dier has been suspended for four matches with immediate effect for climbing into the Tottenham Hotspur Stadium stands to confront an abusive fan after his teams FA Cup penalty shootout defeat by Norwich in March.

Dier has also been fined £40,000 and warned about his future conduct by the Football Association. It all but ends his season, with Tottenham having five games remaining, starting at Bournemouth on Thursday.

Spurs will be furious at the decision, with José Mourinho having indicated after Arsenals Matteo Guendouzi was not banned for placing his hands on the throat of Brightons Neal Maupay that Dier should not be punished. “I think they made a decision when Guendouzi grabbed the other guy by his neck,” Tottenhams manager said. “The decision was made in that moment.”

Diers youngest brother, Patrick, had become embroiled in an argument with the fan. The England international entered the stands to offer him protection, with his brother sitting close to the supporter in a section of home seating.

The FA said Dier admitted his actions were improper but had denied they were threatening. “An independent regulatory commission subsequently found Eric Diers actions to be threatening,” the governing body said.

Eric Dier has been in excellent form since the Premier Leagues restart in his preferred centre-half position. Among the games he will miss is Sundays derby at home to Arsenal.