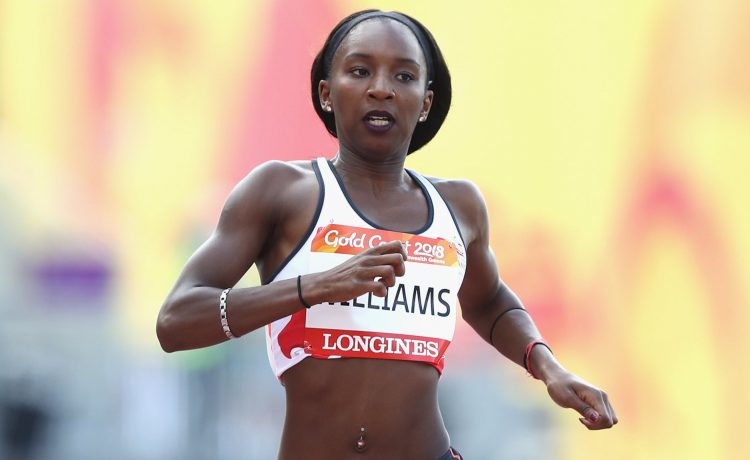 The Metropolitan police have apologised to Bianca Williams, the British athlete who was stopped and handcuffed by police alongside her partner and baby son, the forces chief has told MPs.

Bianca Williams and her partner, Ricardo dos Santos, who are both trained by the former Olympic champion Linford Christie, were stopped while driving back to their home in Maida Vale, west London, on Saturday.

Officers handling of the incident came under scrutiny after Christie accused the Met of institutional racism and posted footage of the couple being forced out of the car. In the video, Bianca Williams, who is obviously distressed, says repeatedly: “My son is in the car.”

The Met have voluntarily referred the incident to the policing watchdog, the Independent Office for Police Conduct.

Cressida Dick, the commissioner of the Met, the largest police force in UK, told the home affairs select committee that a senior officer representing the force had apologised to Bianca Williams for the distress the incident had caused her and said the force was reviewing its handcuffing practices.

She said: “Every time we see a video that is of concern to members of the public we review them we see if there are any lessons learned.”

She added: “My senior officer has said Im sorry to Miss Williams for the distress it has clearly caused her. If there are lessons to be learned from this we will learn them. Im looking at handcuffing as a specific issue.”

Dick said her teams had reviewed all material in relation to the incident and concluded there had been no misconduct but voluntarily referred the matter to the IOPC because of the level of public concern.

“All of us watching could empathise with somebody who is stopped in a vehicle who has a young child in the back who does not know exactly what is going on and who is subsequently found together with her partner not to be carrying illicit goods.”

Dick was told that handcuffing by the Met had increased fivefold in three years and about 35% of those handcuffed are black Londoners.

She said: “The IOPC will look at everything that has gone on and they will form a view. I dont want and I dont believe I do run a police service in which handcuffing is routine. It must always be justified and the justification has to be in the law and written down.

“I actually, having seen a number of issues raised, have said to one of my senior officers: Can you please review our handcuffing practices to make sure it hasnt become a default in certain situations because it shouldnt do.”

Dick told the committee that black people were not just disproportionately affected by stop and search powers but were more likely to be victims and perpetrators of violent crime in London.

Defending the use of stop and search powers by her officers, which are disproportionately used against black men, the commissioner said some of those searched and not found to have any illicit items are “very violent repeat offenders who happen not to have it there and then”.

“Some of them have stashed it, given it to the other boy or whatever. Thats a proportion of those people. Because what I can tell you is were focused in the right areas and focusing hugely on people that we know to be involved in violent crime.”

Dick was told that in May alone, while lockdown measures were in place, 10,000 black men aged 15 to 24 were stopped and searched in May, of whom 8,000 did not require any further action. Asked if the figures alarmed her, she replied: “Im not alarmed, Im alert.”

The commissioner defended the forces policing of Black Lives Matter protests in the face of accusations that officers were less severe in their handling of far-right counter-protests. She said: “Its an outrageous comment, absolutely without evidence.”

Dick told the MPs that the officers were met with great aggression from the far-right protesters, adding: “You would have seen very firm policing and it went on being very firm throughout the day.

“I didnt see a single officer on those long hot days overreact, go over the top, despite huge provocation, despite coming under physical attack. What I saw was firm, fair policing. I have to say my strong belief is that it was extremely firm.”

But she said there had been “a great deal of violence” shown to police by elements of both sides.