Officials in Seattle have identified the remains of two people found last month by teenagers as they were recording a video for TikTok.

The officials in the US city named the victims as Jessica Lewis, 35, and her boyfriend, Austin Wenner, 27. A homicide investigation has begun.

The two were shot dead, and their bodies then put in bags and dumped.

The teenagers spotted a suitcase containing one of the bags on a beach in west Seattle and alerted police.

The teenagers' footage was recorded on 19 June and posted the following day on Tiktok, a video-sharing platform.

In the video, one girl from the group is seen opening the black suitcase with a stick and then complaining of a terrible smell.

The teens said they had been led to the beach by an app that sends people on a random adventure.

"We're glad the video is out there. We spoke to the people involved and they corroborated some of the information," Seattle Police Detective Mark Jamieson was quoted as saying by CNN.

"The kids found bag on beach, it smelled, they called 911… Officers got out there in about an hour-and-a-half, and then officers did further investigation and then discovered that it was probably remains and called the detectives and the Medical Examiner's Office."

A second bag of human remains was found in the water, CNN reports. 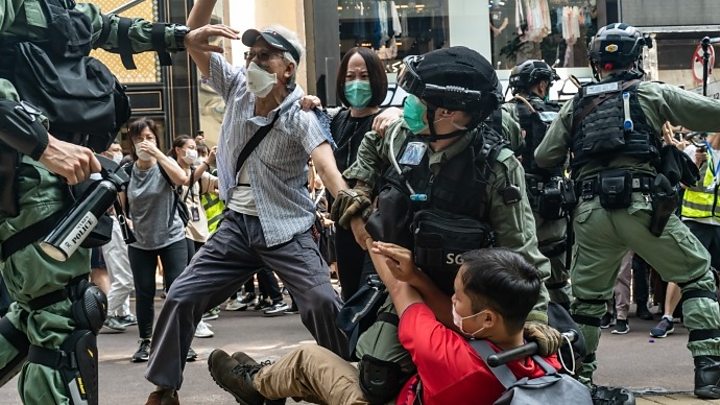