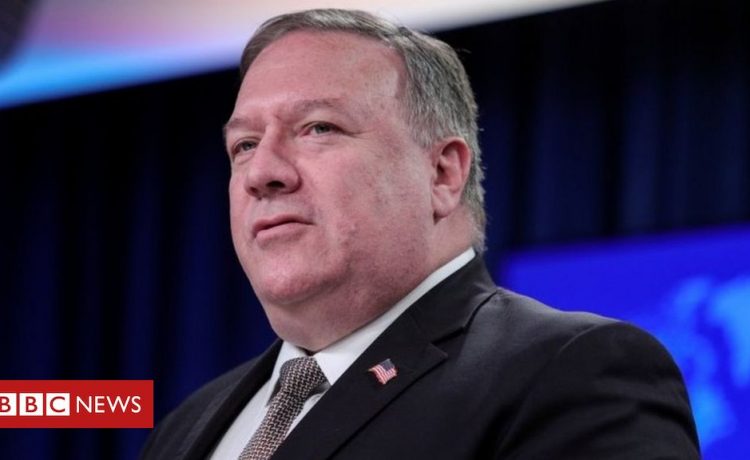 The US has announced sanctions against Chinese politicians who it claims are responsible for human rights violations against Muslim minorities in Xinjiang.

China is accused of mass detentions, religious persecution and forced sterilisation of the Uighur Muslims.

China denies any mistreatment of Muslims in Xinjiang province.

Authorities there are thought to have detained about a million people in re-education camps in the province.

Mr Chen has become the highest-ranking Chinese official to be hit by US sanctions. He is seen as the architect of Beijing's policies against minorities.

Two other officials have also been hit by sanctions – Wang Mingshan, director of the Xinjiang Public Security Bureau and Zhu Hailun, a former senior communist leader in Xinjiang.

These sanctions mean that they are barred from entering the US and will have US-based assets frozen.

It is now a crime in the US to conduct financial transactions with the three officials along with former security official Huo Liujun. However Mr Huo will not be subjected to the visa restrictions.

Sanctions have also been placed on the Xinjiang Public Security Bureau as a whole.

US Secretary of State Mike Pompeo said the US was acting against "horrific and systematic abuses" in the western region.

Share on FacebookShare on TwitterShare on PinterestShare on LinkedIn Share on TumblrShare on RedditShare on VKontakte
adminJuly 9, 2020