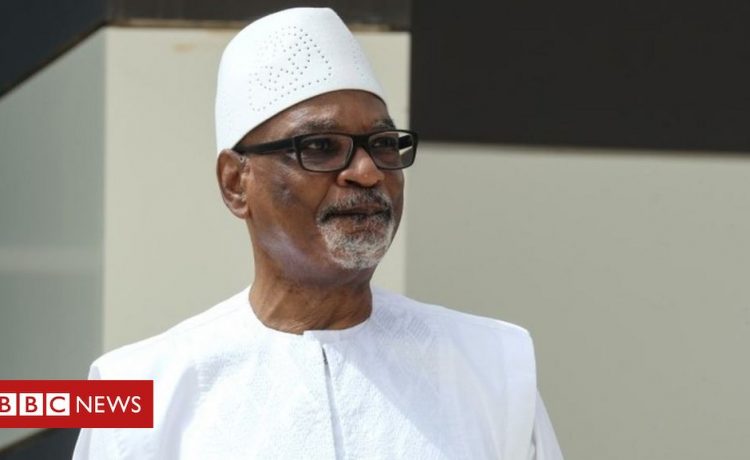 Mali President Ibrahim Boubacar Keita has announced the dissolution of the constitutional court in an attempt to calm unrest that saw four people killed in street protests on Friday.

The president said he said would not tolerate such violence.

The court has been at the centre of controversy after it overturned provisional results for parliamentary elections in March.

There are growing calls for President Keita to resign.

Opponents are unhappy with his handling of Mali's long-running jihadist conflict, an economic crisis and the disputed elections.

A new opposition coalition led by the conservative Imam, Mahmoud Dicko, has been insisting on further reforms after rejecting earlier concessions from the Malian president including the formation of a unity government.

What's the latest in Mali?

"I have decided to repeal the licences of the remaining members of the constitutional court," the president said in an evening television address on Saturday.

"This de facto dissolution of the court will enable us, from next week, to ask relevant authorities to nominate new members so that the reformed court can quickly help us find solutions to the disputes arising from the legislative elections," he added.

Speaking earlier on Saturday, Prime Minister Boubou Cissé said he and the president were open to talks and promised to form an inclusive government "very quickly".

"I will put in place a government with the aim of being open to address the challenges of the moment," he told Radio France International.

But this came as the opposition coalition said security forces detained two of the protest leaders, Choguel Kokala Maïga and Mountaga Tall. Another protest leader, Issa Kaou Djim, was arrested on Friday.

On Saturday evening correspondents described the capital as tense with protesters blocking several roads with barricades. However, numbers were down on Friday's protests, which Read More – Source

Share on FacebookShare on TwitterShare on PinterestShare on LinkedIn Share on TumblrShare on RedditShare on VKontakte
adminJuly 12, 2020