HomeWorldEU rescue deal: The most important moment in the life of our Europe, says Macron
World

EU rescue deal: The most important moment in the life of our Europe, says Macron 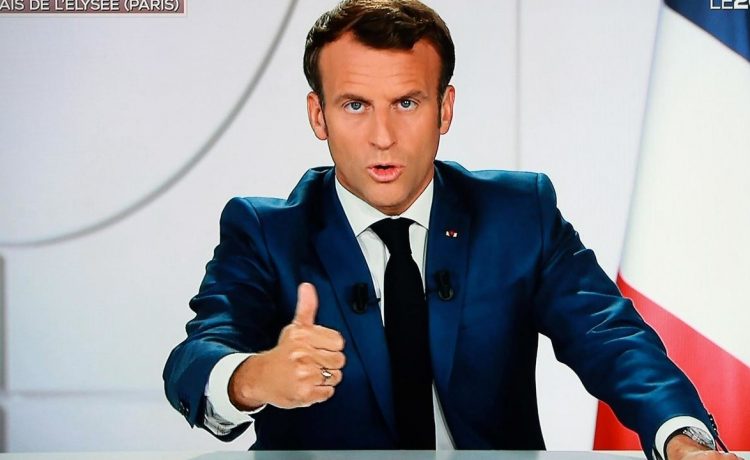 An historic rescue plan for economies left shattered by the coronavirus epidemic was hailed by French President Emmanuel Macron on Tuesday as “the most important moment in the life of our Europe since the creation of the euro”.

The deal is a special victory for Macron, who came to office in 2017 committed to strengthening the European Union but has struggled to deliver.

"This is the most important moment in the life of our Europe since the creation of the euro," in 2002, Macron said, adding that France itself would receive 40 billion euros.

The 750-billion-euro ($858-billion) deal was sealed in the early hours of Tuesday after intense negotiations that saw threats of walkouts, vetoes and fierce opposition from the Netherlands and Austria.

"These were of course, difficult negotiations in very difficult times for all Europeans," said EU Council chief Charles Michel, whose job was to guide the tortuous talks over more than 90 hours.

Germany and France strongly backed the package, which enables joint borrowing by the 27 members of the bloc to help virus-hit countries, particularly Spain and Italy.

While German Chancellor Angela Merkel said Europe had shown itself equal to "the greatest crisis" in EU history, Spanish Prime Minister Pedro Sanchez hailed "a Marshall Plan for Europe" that would boost his country's economy by 140 billion euros over the next six years.

How will the debt be repaid?

However, there was criticism from MEPs, who broadly welcomed the deal but questioned the detail.

"The EU is now allowed to borrow funds but there is no certainty on how the debt will be repaid," said a group of six MEPs who took part in the negotiations.

And teenage climate campaigner Greta Thunberg questioned whether the compromises were too great.

"As expected the #EUCO resulted in some nice words, some vague distant incomplete climate targets nearly impossible to track and a complete denial of the climate emergency," she tweeted.

The initial call for solidarity was met with the fierce opposition from the "Frugals", a group of northern nations led by the Netherlands that argued the package was unnecessary.

Dutch Prime Minister Mark Rutte had warned before the talks against the EU becoming a "transfer union" with a permanent north-south movement of wealth.

Afterwards, he defended himself from accusations that he had accepted precisely what he had sought to avoid.

"This is a one off, there is a clear necessity for this given the excessive situation," he told reporters.

The frugals were also apprehensive about sending money to southern countries that they see as too lax with public spending.

To meet their concerns, payouts from the package will come with important strings attached – a hard pill to swallow for Rome and Madrid who resisted anything resembling the harsh bailouts imposed on Greece, Portugal or Ireland during the debt crisis.

The frugals were also enticed with heavy rebates on their EU contributions.