HomeWorldSingapore man admits being Chinese spy in US
World 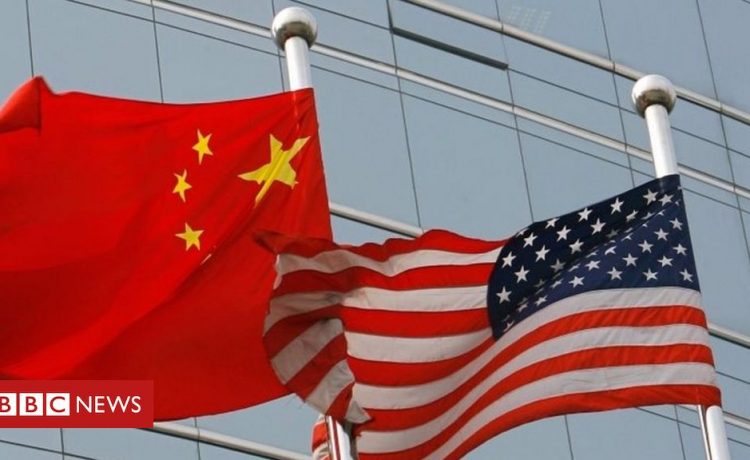 A Singaporean man has pleaded guilty in the US to working as an agent of China, the latest incident in a growing stand-off between Washington and Beijing.

Jun Wei Yeo was charged with using his political consultancy in America as a front to collect information for Chinese intelligence, US officials say.

Separately, the US said a Chinese researcher accused of hiding her ties to China's military was detained.

China earlier ordered the closure of the US consulate in Chengdu.

The move to shut down the diplomatic mission in the south-western city was in response to the US closing China's consulate in Houston.

US Secretary of State Mike Pompeo said the decision was taken because China was "stealing" intellectual property.

Chinese Foreign Ministry spokesman Wang Wenbin responded by saying that the US move was based on "a hodgepodge of anti-Chinese lies".

After a 72-hour deadline for Chinese diplomats to leave the Houston consulate expired on Friday at 16:00 (21:00 GMT) reporters saw men who appeared to be US officials force open a door to enter the premises. Uniformed staff from the US State Department's Bureau of Diplomatic Security took up position to guard the entrance.

Tensions have been rising between the two nuclear powers over several key issues.

President Donald Trump's administration has clashed repeatedly with Beijing over trade and the coronavirus pandemic, as well as China's imposition of a controversial new security law in Hong Kong.

What is known about the Singaporean national?

Jun Wei Yeo, also known as Dickson Yeo, on Friday pleaded guilty in a federal court to working as an illegal agent of the Chinese government in 2015-19, the US Department of Justice said in a statement.

He was earlier charged with using his political consultancy in the country as a front to collect valuable, non-public information for Chinese intelligence.

In his guilty plea, he admitted to scouting for Americans with high-level security clearance and getting them to write reports for fake clients. According to court documents he was recruited by Chinese intelligence in 2015 after giving a presentation in Beijing.

At the time he was a PhD student at a prestigious Singaporean university.

According to the guilty plea, Mr Yeo used a professional networking website – assumed to be LinkedIn – to contact potential targets likely to have access to sensitive information.

And what about the arrested Chinese researcher?

The researcher was named by US officials as Juan Tang, aged 37.

She was among four Chinese nationals charged earlier this week with visa fraud for allegedly lying about serving in China's People's Liberation Army.

Juan Tang was the last of the four to be detained in California, after the US had accused the Chinese consulate in San Francisco of harbouring her.

It was not immediately clear how she was arrested.

It is quoting the University of California Davis as saying that she left her job as a visiting researcher in the Department of Radiation Oncology in June.

Why is there tension between China and the US?

There are a number of factors in play. US officials have blamed China for the global spread of Covid-19. More specifically, President Donald Trump has alleged, without presenting evidence, that the virus originated from a Chinese laboratory in Wuhan.

And, in unsubstantiated remarks, a Chinese foreign ministry spokesman said in March that the US military might have brought the virus to Wuhan.

The US and China have also been locked in a tariff war since 2018.

Mr Trump has long accused China of unfair trading practices and intellectual property theft, but in Beijing there is a perception that the US is Read More – Source

Share on FacebookShare on TwitterShare on PinterestShare on LinkedIn Share on TumblrShare on RedditShare on VKontakte
adminJuly 25, 2020