HomeWomenUS to withdraw 12,000 troops from Germany in ‘strategic’ move
Women

US to withdraw 12,000 troops from Germany in ‘strategic’ move 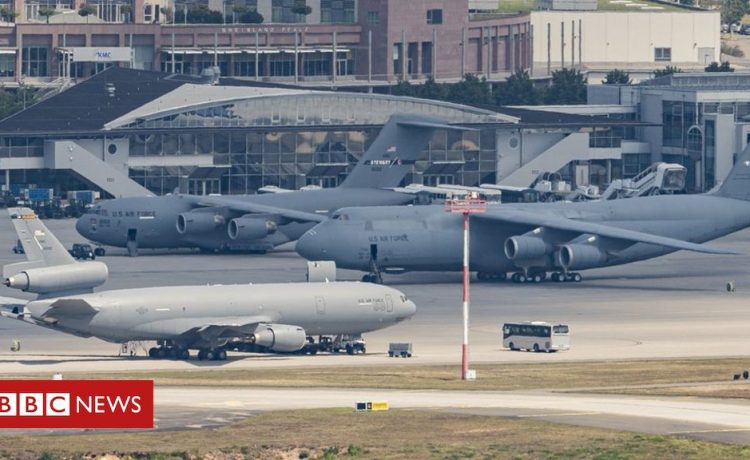 The US is set to withdraw almost 12,000 troops from Germany in what it described as a "strategic" repositioning of its forces in Europe.

About 6,400 troops will be sent home, with the rest moved to other Nato countries such as Italy and Belgium.

President Donald Trump said the move was a response to Germany failing to meet Nato targets on defence spending.

But it has attracted widespread opposition in Congress from those who believe it will embolden Russia.

"We don't want to be the suckers anymore," Mr Trump told reporters at the White House on Wednesday shortly after the move was announced. "We're reducing the force because they're not paying their bills; it's very simple."

Mr Trump has long complained that European members of Nato should spend more on their own defence. He has said that Nato members should no longer be relying so heavily on the US to shoulder the costs of maintaining the alliance.

The argument between the allies focuses around the target agreed by all alliance members that defence spending should reach 2% of GDP (gross domestic product, the total value of goods produced and services provided in a country) by 2024. Germany, along with many other countries, has yet to meet this target.

Defence Secretary Mark Esper struck a different tone when announcing the decision, suggesting it was part of a broader plan to reposition US forces in the region.

He said it was "a major strategic and positive shift" that would "unquestionably achieve the core principles of enhancing US and Nato deterrence of Russia".

The move is set to cost the US government several billion dollars and will reduce the country's military presence in Germany by more than 25%.

A squadron of fighter jets would be moved to Italy while some troops could be relocated to Poland, Mr Esper said.

The decision was criticised by German officials, with the chairman of the country's foreign affairs committee suggesting it would "weaken the Nato alliance".

And the head of the German state of Bavaria, Markus Soeder, said he regretted the decision. "This puts a burden on the German-American relationship," he told reporters.

There was also bipartisan criticism in Washington. "This is a self-inflicted wound… against American interests," Democratic Senator Jack Reed said.

Share on FacebookShare on TwitterShare on PinterestShare on LinkedIn Share on TumblrShare on RedditShare on VKontakte
adminJuly 30, 2020