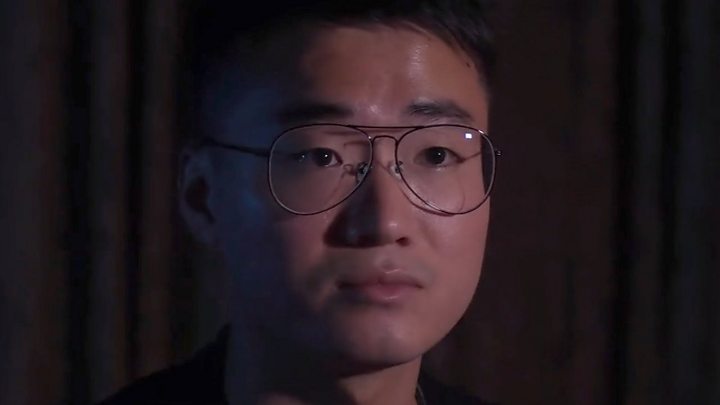 Police in Hong Kong are seeking the arrest of six pro-democracy activists living in exile in Western countries, including the UK, media reports say.

They are wanted on suspicion of violating a new security law imposed in Hong Kong by Beijing, Chinese state TV reported, calling them "troublemakers".

The development comes after legislative elections scheduled for September were delayed for a year by Hong Kong's government on Friday.

It said the move was necessary because of a spike in Covid-19 infections, but the opposition accused it of using the pandemic as a pretext. The White House said the move undermined democracy.

Pro-democracy politicians had hoped to capitalise on anger in the Chinese territory about the new security law to win a majority in the Legislative Council (LegCo).

Many in Hong Kong, a former British colony handed back to China in 1997, fear that unique freedoms meant to be guaranteed until 2047 are under serious threat.

The UK and Australia are among countries that have suspended their extradition treaties with Hong Kong in recent weeks. Germany did so on Friday – one of those reported to be on the new "wanted list" has received asylum there.

Who are the 'wanted'?

Chinese state TV network CCTV said six people were wanted on suspicion of inciting secession or colluding with foreign forces – both crimes can be punished with up to life in prison under the new security law.

The six, according to CCTV and Hong Kong media, are:

Simon Cheng, a former employee of the UK's Hong Kong consulate who was recently granted political asylum in Britain. He was detained last August while on a business trip to mainland China and accused of inciting political unrest in Hong Kong.

He denies that and says he was beaten and forced to sign false confessions while in Chinese custody.

Responding to news of the arrest warrant, Mr Cheng told the BBC that he would not stop speaking out about issues in Hong Kong. "The totalitarian regime now criminalises me, and I would take that not as a shame but an honour," he said.

Nathan Law, 27, a high-profile activist who has fled to the UK. "I have no idea what is my 'crime' and I don't think that's important. Perhaps I love Hong Kong too much," he said on Twitter.

Mr Law first came to prominence as a student protest leader in 2014. He said he was disappointed and frightened to have to live in exile, and that he was going to have to "sever" his relationship with his family in Hong Kong.

Samuel Chu, a US citizen. He is the son of Reverend Chu Yiu Ming, a Baptist minister who was one of the founders of the 2014 "Umbrella Movement".

"I might be the first non-Chinese citizen to be targeted, but I willRead More – Source