HomeWomenBelarus election: A second night of violence and protests
Women 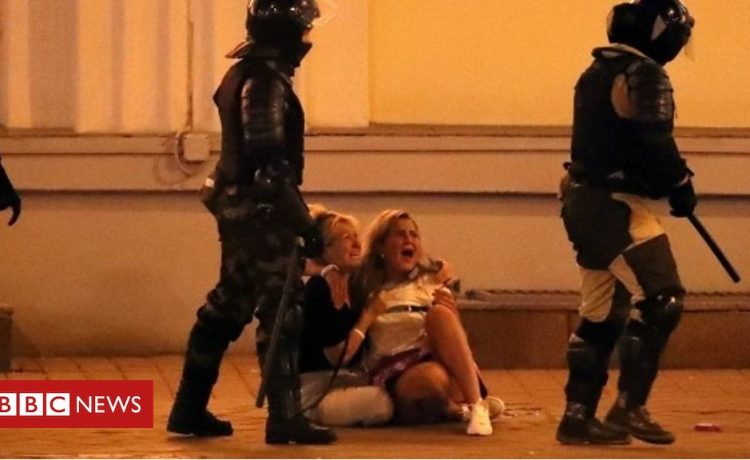 Police in Belarus were seen beating demonstrators and bundling people into vans in a second night of violence linked to protests over Sunday's election result.

The authoritarian President Alexander Lukashenko won 80% of the vote, but a lack of scrutiny – no observers were present – has led to allegations of widespread vote-rigging in the poll.