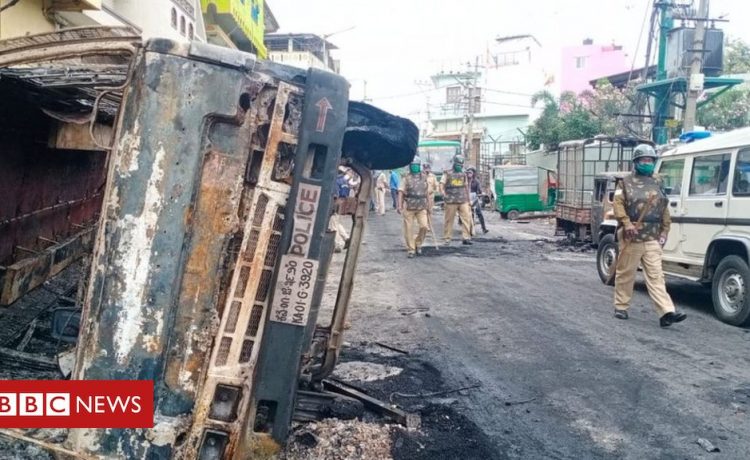 Three people have died in the Indian city of Bangalore after police fired on crowds protesting against an allegedly blasphemous Facebook post.

Crowds gathered outside the house of a local politician whose relative was accused of making an "offensive" post about the Prophet Muhammad.

They set fire to vehicles and attacked policemen who arrived on the scene with stones, police told BBC Hindi.

Police have arrested the man, and also 110 others who were in the crowd.

City commissioner Kamal Pant said that at least 60 policemen including senior officers were injured in the violence on Tuesday night. Curfew was also imposed in two police districts of the city, he said.

Meanwhile city police tweeted that the situation was "under control", adding that personnel had fired live ammunition to disperse the crowd only after using tear gas and batons first.

The deaths were confirmed by the home minister of Karnataka state of which Bangalore is the capital.

The violence started after protesters massed outside the politician's house as well as a police station after spotting the post, which local media say has since been deleted.