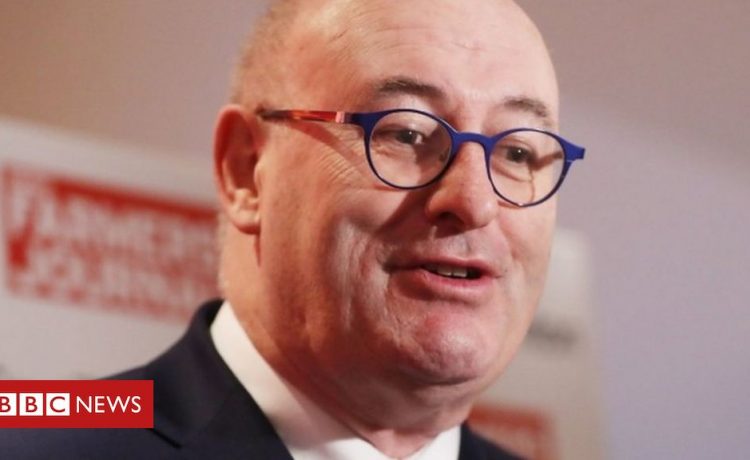 EU trade commissioner Phil Hogan has resigned after he was criticised for allegedly breaching coronavirus lockdown restrictions in Ireland.

Mr Hogan attended a golf dinner with more than 80 people in County Galway on 19 August.

He was also criticised for not complying with quarantine rules when he arrived in Ireland from Brussels.

Mr Hogan said he did not break any law but he "should have been more rigorous" in adherence to the Covid guidelines.

In his resignation statement, the outgoing commissioner also said he regretted his trip to Ireland had "caused such concern, unease and upset".

"I reiterate my heartfelt apology to the Irish people for the mistakes I made during my visit," he added.

On Tuesday, Mr Hogan provided details to the President of the European Commission, Ursula von der Leyen, about his time in Ireland leading up to his attendance at the Oireachtas (Irish parliament) Golf Society event.

After arriving in the Republic on 31 July, Mr Hogan said he travelled to his temporary residence in Kildare and tested negative for Covid-19 on 5 August during a hospital visit.

On Tuesday, he told Irish state broadcaster RTÉ he had not breached regulations and argued the test result meant he was "not under any subsequent legal requirement to self-isolate or quarantine".

Ireland's Department of Health has said a person is required to restrict their movements for 14 days if they arrive into Ireland from a country not on the green list.

It said the guidance does not state that a negative Covid-19 test shortens the 14-days requirement.

In a joint statement on Tuesday, the leaders of the Republic of Ireland's governing coalition said the commissioner had clearly breached guidelines and he should have restricted his movement for 14 days.

They said he should also have limRead More – Source