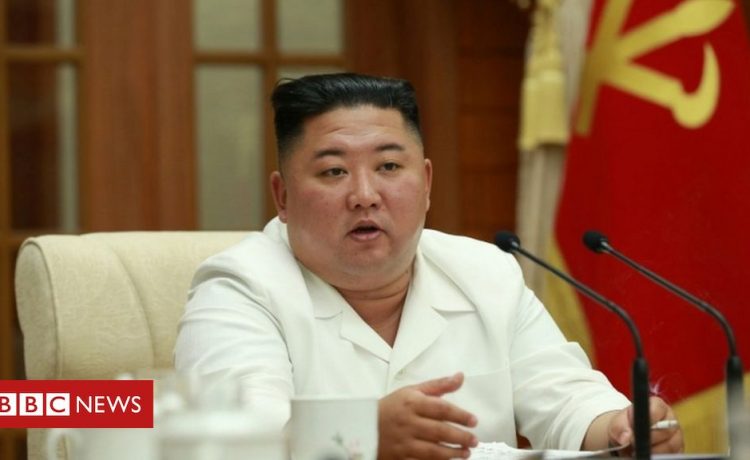 Kim Jong-un has warned North Korean authorities to prepare for the dangers posed to the country by the coronavirus pandemic and a looming typhoon.

Mr Kim's appearance at a party meeting comes after widespread speculation over his health.

North Korea has not confirmed any Covid-19 cases and it is thought that a large outbreak would have a devastating effect on the impoverished nation.

Speaking at a meeting of the politburo on Tuesday, Mr Kim, who was smoking a cigarette, said there were "some shortcomings" in the state's efforts to keep out the "malignant virus", state media reported, without giving details.

Pyongyang for a long time insisted there were no infections in the country, though this was doubted by observers. No cases have been declared, but its media have not repeated the claim for several weeks now.

After a suspected case, there had been a lockdown in one border city near South Korea but the infection was never officially confirmed.

Kim Jong-un's appearance came amid rumours about his health and that he had delegated some of his authority to his sister Kim Yo-jong.

Speculation about the health of the North Korean leader is not unusual but has so far always turned out to be false.

While the world's tabloids obsess over Kim Jong-un – who is clearly fine – there are bigger concerns. The state and its 25 million people are clearly not fine.

Typhoon Bavi could cause damage in a country already reeling from one of the longest monsoon seasons on record. Torrential rain in August brought widespread flooding.

And now the BBC's weather centre is predicting storm surges of between 200-300mm of rain just weeks before the autumn rice harvest.

Ten million people are said to suffer from food insecurity in North Korea, according the UN. That means they live from harvest to harvest. They cannot afford more crops to be damaged.