A teenager has been charged with killing two people and injuring another during protests against the police shooting of a black man in Wisconsin.

The 17-year-old had told journalists it was "his job" to guard buildings in Kenosha against protesters.

He has now been charged with six criminal counts over the shootings.

His social media profiles indicate he is a supporter of Donald Trump, and passionate about the police and guns.

The shooting came on the third night of protests after a police officer fired seven shots into Jacob Blake's back on Sunday night. His lawyers fear it will take a "miracle" for him to walk again.

Police found a knife in Mr Blake's car but no other weapons. Investigations are continuing into the shooting.

What happened on Tuesday?

Videos on social media appeared to show a man with a rifle being chased by a crowd before he fell to the ground and appeared to fire at them.

Joseph Rosenbaum, 36 and Anthony Huber, 26, both died in the incident. Gaige Grosskreutz, also 26, was injured.

Kyle Rittenhouse was arrested at his mother's house in Antioch, Illinois on Wednesday. On Thursday, he was officially charged with two counts of homicide and one attempted homicide, as well as "recklessly endangering safety" and possession of a dangerous weapon.

Kenosha – a city of about 100,000 people on the western edge of Lake Michigan – has seen days of unrest since the shooting of Jacob Blake.

It came just months after African American George Floyd was killed by police officers in Minnesota. His death sparked global protests about police violence in the US.

Jacob Blake's shooting has sparked fresh demonstrations, in Kenosha and in other cities across the US. A number of US sports have cancelled matches in protest against the incident.

Demonstrations were more muted on Wednesday night after Wisconsin's attorney general named the officer who fired on Mr Blake as Rusten Sheskey, a seven-year veteran of Kenosha's police department. 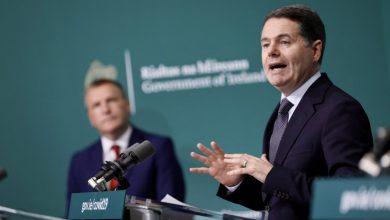 More and more films are looking to Bond with Scotland

British IS fighters taken into US custody, says Trump