Authorities in Belarus have withdrawn the accreditation of a number of journalists who have been reporting on post-election protests there for foreign media outlets.

Two journalists with the BBC's Russian service are among those affected.

It comes on the eve of large-scale protests expected on Sunday.

In a statement, the BBC said it condemned "in the strongest possible terms this stifling of independent journalism".

It has called for the Belarusian government to reverse its decision.

"We believe it is vital for the people of Belarus to have access to impartial, independent information about events in their country. BBC Russian, which reaches more than five million people a week, has been a major source of news for people in Belarus and Russia during the post-election unrest," it said.

Austria's foreign ministry described the action against journalists as a blatant attempt to suppress objective reporting.

At least 10 local and several Russian journalists lost their accreditation on Saturday, with Radio Liberty, AFP, and Deutsche Welle among the other outlets affected.

The announcement came days after multiple journalists – including a BBC team – were detained in Minsk ahead of a protest.

The interior ministry said they had been taken to a police station for identity checks. However, the BBC's Steve Rosenberg, who was among those detained, said it was a "clear attempt to interfere with coverage of events".

Unrest in Belarus was triggered earlier this month by an election widely believed to have been rigged in favour of President Alexander Lukashenko, who has been in power since 1994.

The leading opposition candidate, Svetlana Tikhanovskaya, fled to Lithuania following the vote and has since called for protests. 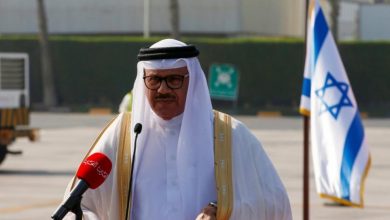 The view of the volcano from above

Coronavirus: How the world’s streets are emptying