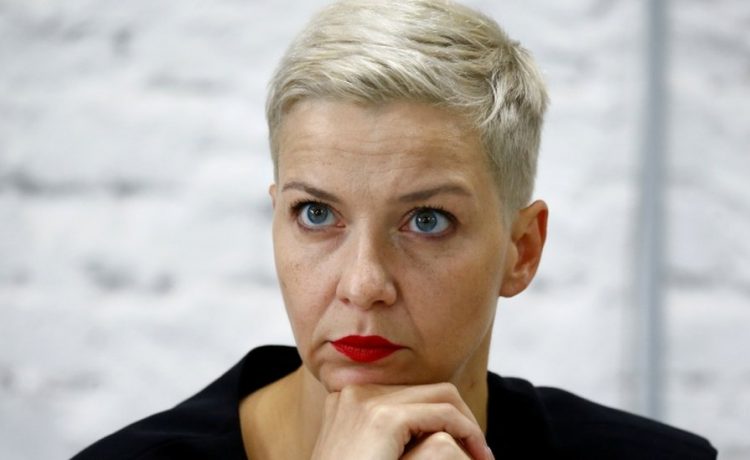 Unidentified masked men have detained a leading opposition figure in Belarus, according to local media.

Witnesses reportedly saw Maria Kolesnikova being bundled into a minibus in Minsk and driven away.

She was one of three women who joined forces ahead of August's presidential election to challenge incumbent Alexander Lukashenko.

Mass unrest has followed his re-election amid allegations of vote-rigging.

The interior ministry said it detained 633 people on Sunday after a fourth consecutive weekend of protests. At least four people have died and hundreds have been injured as authorities have tried to crush dissent in the country.EU leaders do not recognise the results of the election and have agreed to impose sanctions on Belarus.

But Mr Lukashenko – who has been in power since 1994 – has blamed Western nations for interfering in his country. On Monday, the Kremlin announced he would visit Moscow for talks "in the coming days".

Russia is a close ally of Mr Lukashenko's.

What happened to Maria Kolesnikova?

An eyewitness told Belarus news outlet Tut.by that she saw masked men take Ms Kolesnikova's mobile phone and push her into a minibus on Monday morning.

Police in the capital, Minsk, have not yet commented on the reports.

She is the last of the three women who joined forces against Mr Lukashenko to remain inside Belarus. Veronika Tsepkalo and presidential candidate Svetlana Tikhanovskaya left the country soon after the vote.

"I'm the only one of the three of us who is still here," Ms Kolesnikova told BBC Russian in an interview last month. "To understand exactly what's going on, you really have to be here."

Describing the demonstrations as "not a struggle for power", but "a struggle for human dignity and self-respect", she said she was not afraid for herself, but worried about further violence. She also said she and her team had decided against using bodyguards because there would be "no point".

"I am aware that no number of guards would be of any use if a bus full of riot police stopped us," she said. "We all know what a police state is capable of."

Another female activist, Olga Kovalkova, announced on Saturday she had fled to Poland amid threats of imprisonment.

What happened on Sunday?

The interior ministry confirmed at least 633 arrests had been made across the republic. It said some 363 people had been sent to detention centres pending court hearings.

"They talk about the brutality of the Belarusian police, and I want to say thRead More – Source

Share on FacebookShare on TwitterShare on PinterestShare on LinkedIn Share on TumblrShare on RedditShare on VKontakte
adminSeptember 7, 2020