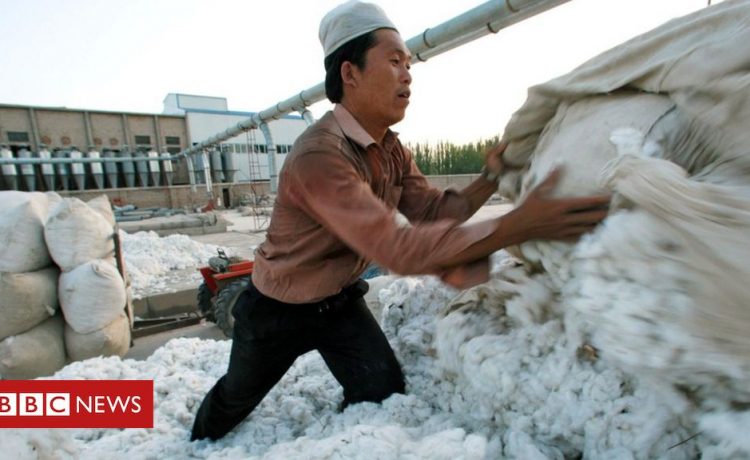 The US is to block key exports from China's Xinjiang region due to allegations that they are produced using forced labour.

The proposed bans include cotton and tomato products which are two of China's major commodity exports.

The Trump administration has been ratcheting up pressure on China for its treatment of Xinjiang's Uighur Muslims.

In recent years China has massively increased security in Xinjiang, citing a threat of separatism and terrorism.

By some estimates up to a million people have been detained without trial for minor infractions, in what China says are re-education camps.

The US Customs and Border Protection (CBP) is currently preparing Withhold Release Orders which allows it to detain shipments based on suspicions of forced labour involvement.

The law is aimed at combating human trafficking, child labour and other human rights abuses.

Earlier this year US lawmakers proposed legislation that would assume that all goods produced in Xinjiang were made with forced labour and would require certification that they are not.

Washington and Beijing have repeatedly clashed over the high-security detention camps, which China says are necessary to improve security.

"We have reasonable but not conclusive evidence that there is a risk of forced labour in supply chains related to cotton textiles and tomatoes coming out of Xinjiang," CBP Executive Assistant Commissioner Brenda Smith told Reuters in an interview.

"We will continue to work our investigations to fill in those gaps," she added.

The proposed bans could have a Read More – Source

Share on FacebookShare on TwitterShare on PinterestShare on LinkedIn Share on TumblrShare on RedditShare on VKontakte
adminSeptember 9, 2020