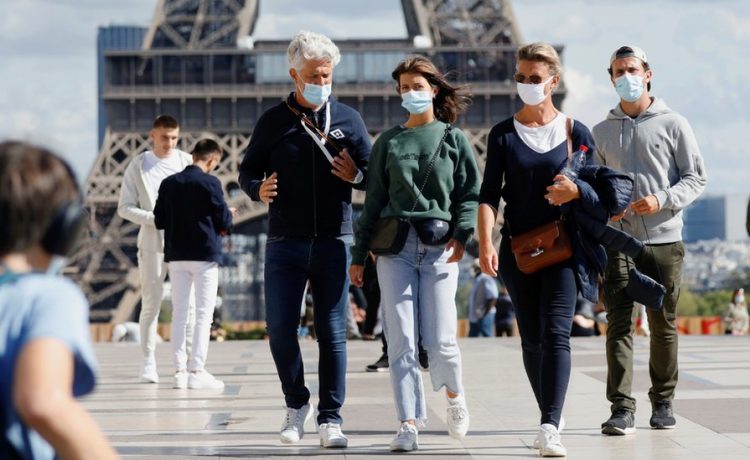 France has recorded almost 10,000 new coronavirus cases in 24 hours, marking its highest single-day count since the start of the outbreak.

The figures were released on the eve of a key meeting of ministers and health experts about toughening measures.

France has the seventh-highest Covid-19 death toll in the world.

More than 30,800 people in the country have died of coronavirus.

The number of patients in intensive care units in the country has also been rising in recent days. While hospital figures are still far from the peaks reached in April, there are concerns over the strain that rising infection rates could put on the health system.

In the meeting on Friday, officials will discuss introducing new measures to curb the spread of the virus.

The head of the scientific council advising the government on the pandemic, Jean-Francois Delfraissy, has warned that "tough" decisions may be required.

President Emmanuel Macron said the meeting would give the public a clear idea of what can be expected in the coming weeks.

"We need to be as transparent and clear as possible," he said on Thursday, according to AFP news agency. "We need to be demanding and realistic without giving in to any kind of panic."

The country earlier this month unveiled a major economic stimulus package, aimed at helping to repair the economic damage caused by coronavirus.

Dubbed the "France re-launch", it is aimed at reversing rising unemployment, and includes tax cuts for business.

What is happening elsewhere in Europe?

Other countries in Europe are also seeing increases in coronavirus cases.

The UK's confirmed coronavirus cases rose by more than 2,000 for the fifth consecutive day on Thursday, as England put mainland Portugal back on its quarantine list. England is also preparing to implement new restrictions, banning social gatherings of more than six people.

Share on FacebookShare on TwitterShare on PinterestShare on LinkedIn Share on TumblrShare on RedditShare on VKontakte
adminSeptember 10, 2020