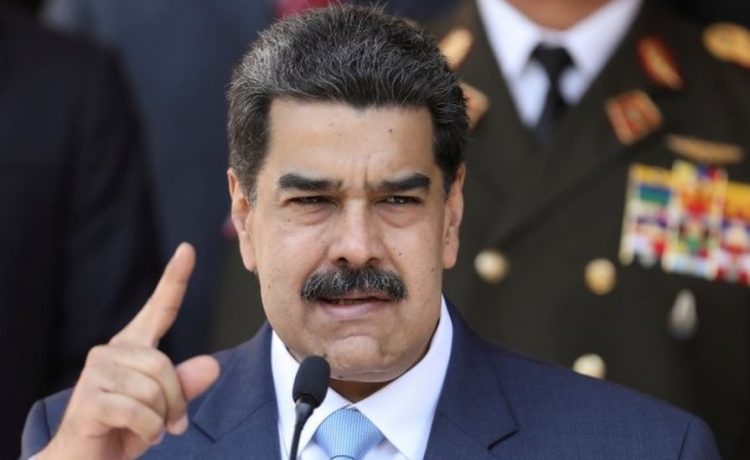 Venezuelan President Nicolás Maduro says a "US spy" has been captured near two oil refineries in the country's north-western state of Falcón.

In a televised address, Mr Maduro said the man was seized with weapons and large amounts of cash near the Amuay and Cardon refineries on Thursday.

He said the man was "serving as a marine on CIA bases in Iraq". He gave no further details.

The US has so far made no public comment on the issue.

Separately, Mr Maduro said that the Venezuelan authorities had recently foiled a plot to cause an explosion at El Palito refinery in the northern Carabobo state. He did not elaborate.

Luke Denman and Airan Berry were found guilty of conspiracy, illicit trafficking of weapons and terrorism.

The pair were among 13 people arrested in May as they attempted to enter Venezuela by sea from Colombia.

US President Donald Trump, long an opponent of socialist President Maduro, has denied accusations by Venezuela that he was behind that incident.

Relations between the US and Venezuela are tense. Mr Maduro has accused America of manipulating political opposition to steal the country's vast oil wealth.

America and Mr Guaidó, meanwhile, have blamed the president for VeneRead More – Source

Share on FacebookShare on TwitterShare on PinterestShare on LinkedIn Share on TumblrShare on RedditShare on VKontakte
adminSeptember 12, 2020