elle– Rihanna and A$AP Rocky are officially dating, and sources close to them are ready to let the world know about it. People devoted part of its issue this week to their relationship. A source explained their dating is actually quite recent despite the longtime friends first sparking romance rumors in January when they were seen together shortly after Rihanna’s breakup from her billionaire boyfriend of three years Hassan Jameel.

Just how recent wasn’t explicitly specified, but People‘s source did suggest it’s really only been weeks since they got together, not months.

“They’ve been inseparable the past few weeks,” the outlet’s source said. “It’s a new relationship, but they both seem very into it.”

Why does it work? People‘s source shared that they have similar lifestyles, and “they’ve always seemed to have a great time together. They have a lot in common.” One of their commonalities is their commitment to philanthropy and giving back: “A$AP is generous, and so is Rihanna. A$AP is known for being a great guy.”

The relationship has been a good thing for her, the source finished: “Rihanna seems very happy dating A$AP.”

Entertainment Tonight was the first outlet to have a source speak to them about A$AP Rocky and Rihanna, with a source telling them on December 1 that “they have always had amazing chemistry and Rihanna relates to A$AP and it feels natural, easy and fun. She feels very comfortable around him since they’ve known each other for such a long time and also feels a connection to him because his dad is from Barbados.” (Rihanna, of course, is from Barbados.)

The Sun was the first tabloid to claim Rihanna and Rocky were romantically tied in January 2020, but RiRi was “reluctant to put a label on it.” E! shot down that rumor, with a source telling the outlet then, “Rihanna is single. She just got out of a long intense relationship with Hassan. She wants to be single and isn’t going to jump into something. She’s hanging out with A$AP Rocky, but she is not dating him.”

Libya: Detained refugees and asylum-seekers die from suspected tuberculosis and other diseases 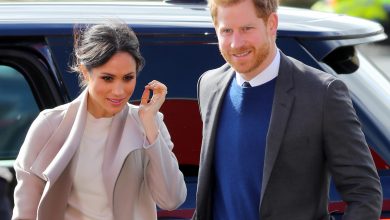