elledecor– In the 17th century, Louis XIV began funding promising young artists so that they could study in Rome, creating one of the earliest artist-in-residence programs. Since then, the French government has established an academy at the Villa Medici in Rome, Casa de Velázquez in Madrid, Villa Kujoyama in Kyoto, Japan, and smaller cultural outposts in about a dozen other places around the globe.

In that grand tradition, Villa San Francisco recently opened to support French creatives in the City by the Bay. But rather than providing a monastic retreat, this residency—which is aimed at everyone from visual artists to writers and photographers—uniquely focuses on making connections, with colorful rooms that underscore that ambition. “The idea is to be outside the walls and meet with the people from many ecosystems here: the entrepreneurs, the university researchers, the artists, the venture capitalists,” says Juliette Donadieu, cultural attaché of the French Embassy in San Francisco, which is managing the program.

She and the nonprofit French American Cultural Society, which is funding the four- to six-week-long residencies, will help make those connections and arrange meetings with people working in each resident’s area of exploration.

To help them feel at home, designer Amir Mortazavi of Studio Mortazavi conjured a cross-cultural mélange that enlivens the residency accommodations. “I wanted to create a thread between artists in France and here in San Francisco,” says Mortazavi, who, as cofounder of the coworking company Canopy, has also collaborated on work spaces with Yves Béhar.
The two-bedroom apartment, situated within the French consulate’s residence in San Francisco’s Parnassus Heights neighborhood, overlooks a spectacular city panorama, with Golden Gate Park in the distance and two giant redwood trees in the foreground. The playful palette of pink, yellow, and other pastel hues is drawn from the American painter Wayne Thiebaud’s French Pastries(1963), and a visual room divider of black and white stripes is an homage to conceptual artist Daniel Buren.
Two French artists who have been specifically inspired by the Bay Area are represented here: The wallpaper lining the bookcase and a closet comprises stills from street artist JR’s 2018 digital mural The Chronicles of San Francisco. There’s also a framed print from Agnès Varda’s 1968 documentary Black Panthers. Mortazavi commissioned most of the natural-wood furnishings from local designers, including a pine-dowel sofa by Béhar, Jay Nelson cedar pendants, and a dining set by Yvonne Mouser.

The arrival of the first French artist, science-fiction writer Alain Damasio, has been postponed to next year. But recognizing that artists need support during the pandemic, Villa SF opened at the end of August (with a virtual ceremony, bien sûr) and began hosting micro-residencies for local artists.

Multimedia artist Summer Mei Ling Lee spent a recent week working on a collaborative installation that “questions Zoom as a platform during this era of isolation” and described the stay as akin to visiting a museum. “The designer really paid attention to the space—every corner has some intervention,” she says. “It’s an artwork in itself.”

Your ultimate guide to colourful ceramics and dining table decorations 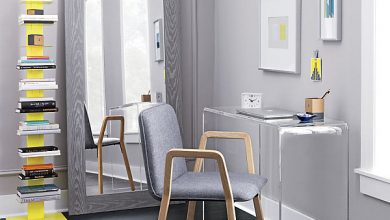 THE PASTEL HOME DECOR YOU NEED TO CURE THOSE WINTER BLUES 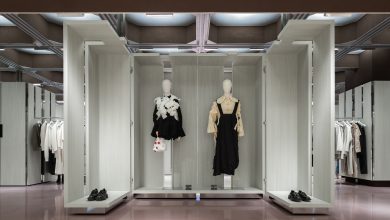