nationaljeweler—Consumers have little knowledge about the origin of gold, according to one recent study, but after learning about it said they would pay a premium for certified responsibly-mined gold jewelry.

These insights were found in a research study about the awareness of responsibly sourced, artisanally mined gold conducted by MVI Marketing and Christina T. Miller Sustainable Jewelry Consulting.

It was co-sponsored by the Alliance for Responsible Mining and Rio Grande.

Perhaps unsurprisingly, the study found consumers do not understand artisanal mining well, with less than 20 percent of survey takers even aware of the term “artisanal mining.”

Within that group, only one out of three correctly described artisanal gold as coming from individual or small-scale miners, results showed.

Twenty-four percent, meanwhile, said it was gold mined by hand in impoverished areas, which is accurate in some circumstances, but as many as 23 percent thought it referred to gold jewelry made by an artist.

Once educated in the area, survey takers said they are likely to spend more on products made with artisanal and small-scale certified responsible gold.

One out of three (33 percent) would pay 5 to 10 percent more while 41 percent would be willing to pay 11 percent or more.

(The survey defined ASM certified responsible gold for participants as gold from artisanal and small-scale gold mines that adhere to environmental, social, and economic standards, which are audited by an independent third-party.)

“Marketing messages must include the story behind the gold and the cost/benefit to the consumer of buying responsibly,” said survey conductors.

Interestingly, though, 44 percent of respondents also admitted if they found jewelry they liked that was not ASM certified responsible gold, they would still buy the piece.

Meanwhile, the survey also indicated gender does play a role in making these decisions, with men more likely to read details about products, expressing more interest in origin and environmental topics than women.

The survey asked respondents to identify the issues that large companies and smaller miners face, and more than 60 percent understood dangerous working conditions as a top concern for both groups. Human rights abuses and poverty around the mining sites also were identified as important issues for artisanal and small-scale miners.

Most respondents also realize that mercury, which is commonly used in the artisanal and small-scale gold mining process, can have toxic effects on the nervous system and lead to brain damage, but 9 percent still mistakenly think mercury is safe to handle.

“This research study is a benchmark from which we will measure our progress as an industry,” said Christina Miller, an expert in the field of gold supply for jewelry manufacturing.

“The current conditions for artisanal and small-scale gold miners are neither healthy nor sustainable and this research shows that as consumers learn more, they will demand both transparent sourcing and improved conditions for the people doing the mining.”

What They Are Buying
The survey also asked participants about their jewelry buying habits and preferences, with one question asking them to rank what types of jewelry they were most likely to purchase.

Forty-five percent of respondents said they would purchase or request jewelry made with ASM certified responsible gold.

When ranking the most important criteria when buying fine jewelry, meanwhile, consumers ranked design as No. 1, followed by price and then metal.

Meanwhile, gold and diamond jewelry was cited as the type of fine jewelry most purchased in the past three years, for both 55 percent of both men and women, followed by diamonds in sterling silver (46 percent for men and 41 percent of women).

Karat-gold jewelry with no gemstones or diamonds was the top choice for 50 percent of men in the survey. 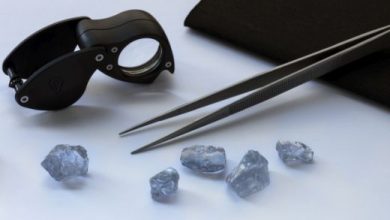