She was probably best known for her signature bone cuff bracelet, and for making silver popular again during her long tenure at Tiffany & Co.

She was working as a model in New Work when she decided to try her hand at making jewelry, inspired by a piece she spotted at a flea market.

She became a runaway success, joined Tiffany in 1974 and went on to design pieces for a host of celebrities, including Liza Minnell, Diana Ross tennis champion Maria Sharapova and Kate Middleton (now the Duchess of Cambridge).

Peretti’s designs represented as much as 10 per cent of Tiffany’s sales some years, according to Vogue magazine.

Tiffany said in a statement that it was “deeply saddened by the passing of Elsa Peretti, famed jewellery designer for the house and member of the Tiffany family since 1974.

“A woman who was larger-than-life has touched everyone at Tiffany & Co. The relationships she created defined her. Elsa was not only a designer but a way of life.” 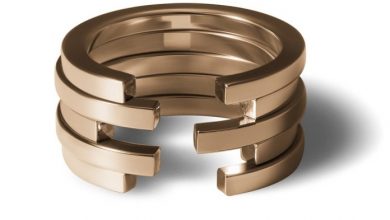 Disney launches range of matching clothes for you and your dog