elle– Gigi Hadid turned 26 years old on Friday, and she celebrated in New York City style, complete with a grilled-cheese food truck. Her boyfriend, Zayn Malik made sure she had a festive day, complete with this gorgeous bouquet of flowers.

At her birthday party Friday night, Hadid was seen holding hands with Malik as they were joined by friends at her party in the NoHo area. She wore the “Shield knit top” and “Tent knit pants” from Isa Boulder, per a press release.

The big centerpiece of the party appeared to be a Gorilla Cheese NYC grilled-cheese truck, from which the couple was seen ordering something tasty to mark the occasion.

She and Malik, who share a daughter, Khai, were seen sharing a few PDA moments:

But let’s turn our attention to this grilled cheese setup. I mean, can you think about anything other than melted cheese after you see this photo? Okay, maybe you can, but still. Here is a photo of the snack, and a side of tater tots, from Hadid’s stylist, Mimi Cuttrell:

The dessert doesn’t appear to be an actual cheesecake, but rather just a cake that looks like cheese. Last year, Hadid celebrated her birthday with a cake that looked like a bagel, what she later revealed was one of her pregnancy cravings. The “Cake Boss,” Buddy Valastro, put together the masterpiece, a marble cake with chocolate chip buttercream inside, for the birthday girl: 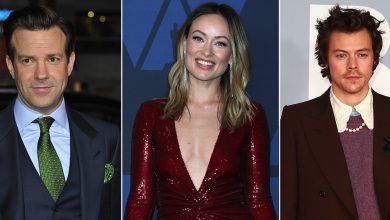 More than 15 million children and their families in Yemen, Syria and Gaza set to face COVID-19