elledecor– Milan is a city of surprises, especially for the uninitiated. From the street, the architecture is typically either restrained or modern—a marked contrast to other Italian cities, where buildings erected in the late 19th century are considered recent additions. But it is this innocuous facade that sets the stage for the magic of the worlds found within, particularly when the designers Laura Sartori Rimini and Roberto Peregalli are involved.

When the Studio Peregalli principals first saw this piano nobile (second-floor) apartment near the city’s Brera neighborhood, it looked as though a metaphorical snowstorm had passed through the rooms, leaving evidence of original details hiding under layers of white paint and swaths of ivory curtains. After months of work, what blossomed was the sort of indulgent splendor needed to reconnect these elegant rooms to their historical origins. That Studio Peregalli calls this approach “archaeological” should not suggest that their practice is more restorative than inventive, because although they often begin by unveiling a few bits of antique molding or plaster, the end result is almost deceptively entirely their doing.

“We often start with books and pictures,” says Sartori Rimini. “We gather recollections of beauty and travel, which are then saved for later use.” To bring these elements to life requires a seasoned team of artisans who work with them on projects around the world. Layers are painstakingly built up using architectural salvage, antiques, and illusion; the final design feels harmonious and full of fantasy.

The aim is not to copy, but to honor a style in a natural way. For this project, the pair reimagined “the flavor of a Napoleon III interior filtered through memory and nostalgia.” In 1860s Milan, the era of this apartment, French styles were coveted, and the establishment of the Second Empire brought all of the gold and garishness that went along with it back into fashion. The Italians fell for the look but used trompe l’oeil to make it their own and create something that would have been otherwise unaffordable.

Italy has a long history of muraled interiors, from Pompeiian frescoes to the Tiepolo reveries festooning 18th-century walls. Marble, for instance, was imitated when the real thing was too stiff, expensive, or no longer available. It is a concept Studio Peregalli has often had to explain to clients. When asked why ersatz oak is preferable to the real thing, Peregalli replies: “The history of art is about playing with illusion.”

Upon entering the apartment, one notices walls clad in canvas hand-painted with classical sculptures and bas-relief stuccos. The effect is done so expertly it is immediately reminiscent of the Sir John Soane’s Museum in London. Between the lush adornments are numerous examples of how paint and skill can work wonders. In the entry, for example, what appears to be a stone checkerboard is painted on parquet. Elsewhere, marbleized wainscoting stands in for raw material, as does the faux bois paneling in the library. The result is a formal setting that has been finessed with lightness and levity.

The dining room was vaulted for dramatic effect, with stucco and intricate moldings layered on top to provide space for faux malachite in ocher frames. “We discussed the idea of using plates on the wall,” Peregalli says, “and the client happened to have two beautiful antique sets, which we used here.” While sometimes the designers’ job requires them to buy all new furnishings, this client was a collector, and they took the opportunity to showcase her best pieces while filling in the rest. The apartment continues through an enfilade of similarly adorned rooms covered in jewel-toned silk damask and antique wallpapers.

This article marks the first time that Studio Peregalli has fully revealed their work on the project, which was completed some years ago. The owners have since moved, and the design, as it is shown here, no longer exists. But the miracle achieved by combining good craftsmanship with a bit of art-historical illusion means that decoration can come and go with the seasons. Painters can turn malachite into porphyry, oak into rosewood, and even the entry’s Roman sculptures into a new scene. What remains is the memory of this decorative spring, full of mystery and magic. 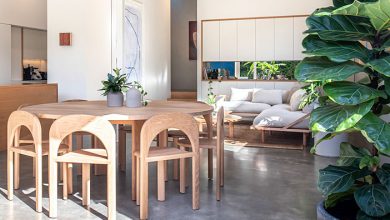 10 ways to achieve sustainable cleanliness in your home