nationaljeweler– Boucheron admits its latest collection isn’t very typical of Place Vendôme high jewelry, prioritizing innovation over traditional glamour.
However, innovation, the famed maison argues, is the Boucheron way, embodying the values of founder Frédéric Boucheron.
“Holographique” is nothing if not original, an ode to light’s shifting hues as refracted through different materials and surfaces.
Creative director Claire Choisne digs into the root of the word holograph, citing its Greek origin, with holos meaning “whole” and graphein meaning “written,” interpreted as everything written or “to represent everything.”
Boucheron cited rainbows, artist Olafur Eliasson’s works that center on light and color, and architect Luis Barragan as touch points for Choisne’s journey into holograms, or three-dimensional images created by light, and their expansive colors.
Interpreting this as jewelry led Choisne to incorporate lots of opals into the “Holographique” collection, the gemstone that arguably incorporates the widest variety of color into individual specimens.
Ethiopian opals were the star of the elaborate “Opalescence” set, comprising a multi-strand beaded opal necklace with a clasp depicting an ethereal beta fish. The piece converts into a brooch and a single earring that wraps around the ear.
Playing on the water theme, a more staid but no less spectacular opal and diamond necklace and hoop earrings set referenced the shimmer of light on water and was fittingly called “Ondes,” or “waves.”
Three impressive “Illusion” cocktail rings showcase grand Australian and Ethiopian opal center stones and incorporate a variety of colored gemstones on the shanks to reflect their many-varied hues like a gem-laden reflection.
Creating a collection that spans nine sets and 25 indiv­idual one-of-a-kind pieces, Choisne wasn’t satisfied to stop her musings on color and light with stones that play with the two naturally. Instead, the Boucheron workshop embarked on entirely new techniques to create a hologram ef­fect of its own.
Several jewels feature ceramic and rock crystal sprayed at high temperatures with precious metals, resulting in a unique holographic effect that couldn’t be pre-planned—and that will likely change over time.
Boucheron noted its team had to forfeit a certain measure of control over the jewels’ end result, as they appear distinctly different depending on the viewing angle and amount of available light.
These holographic coatings bring new life to spectacular floral rings and a brooch, dubbed the “Chromatique” set, breathing new life into the nature motif beloved by the jewelry house.
Peonies and pansies were scanned to form a realistic tribute to their floral inspirations, then molded into white ceramic before being sprayed at high temperature with precious metal microparticles.
The resulting sheen creates a complimentary interplay of color with the rings’ aquamarine and tourmaline center stones.
The collection transitions from realistic to science fiction-worthy with the incorporation of rock crystal.
While ceramic provides an opaque, porcelain-like backdrop for the holographic coating, rock crystal further diverts the light.
Boucheron played up the futuristic aura with graphic shapes and angles.
The “Faisceaux” brooch and bracelet set sees diamonds covered with a layer of rock crystal treated with the holographic coating, providing a dizzying array of light dimensions and sparkle.
The “Halo” set interprets a classic torque-style necklace and bracelet with Boucheron’s unique holographic fabrication, offering some of the most classic styles of the bunch that are still utterly novel for high jewelry.
Choisne played with repeating angles in the three final “Holographique” sets.
A continuation of Boucheron’s “Serpent Bohème” pear-shape motif collection, the “Laser” set saw the jewelry house seek out the perfect stones to accentuate the holographic layer as applied to ceramic, rather than designing the jewel around the stones, as is custom for the house.
Boucheron found what it was looking for in aquamarine, which deftly complements the rainbow-esque holographic hues.
The “Prisme” set sees the holographic rock crystal starring as the main material in a bracelet, earrings, and ring. Notches cut into the crystal’s pavilion provided even greater light reflection that differs from every vantage point.
Finally, the full brilliance of Choisne’s holographic coating technique is on display in the “Holographique” set, which sees undulating crystal spheres outlined with diamonds in a necklace, bracelet, and ring.
Tags
Boucheron collection complimentary jewelry 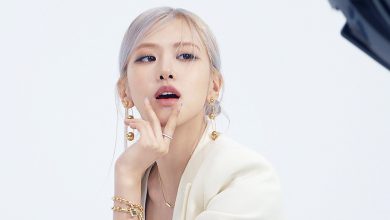 Cartier dazzles at the MET Gala!