elle– As the summer comes to a slow end, Jennifer Lopez and Ben Affleck signaled to the paparazzi and public that their relationship remains strong. The formerly engaged couple was photographed kissing in front of Affleck’s Brentwood, CA house yesterday. It came after they spent the day together there, according to the photo agency.

The photo was released shortly before People published a new report today detailing how Lopez helped Affleck celebrate his 49th birthday on Sunday, August 15. A source close to Lopez described it as a “quiet celebration” on his birthday evening with Lopez and her 13-year-old twins, Emme and Max.

“Jennifer had a cake for him. Ben is not one for big celebrations, so he thought it was perfect,” the source said. “It was exactly what he wanted.”

At the end of July, a source spoke to Entertainment Tonight about how serious Lopez and Affleck’s back-on romance had become. The two previously dated in the early 2000s. They called off their September 2003 wedding and ultimately split in January 2004.

Now, after rekindling their flame in May 2021, a source said that “they have insane, on another level, chemistry. They are both super passionate and are head over heels with each other, just like they once were. This time around, however, they both really feel like this is it.”

“They couldn’t be more in agreement. They feel at this point in their lives they were undeniably made for each other,” the source continued. “Things between Ben and Jen have been easy and that’s what makes their relationship work so well. They work seamlessly together and it’s like their relationship hardly takes any effort.” 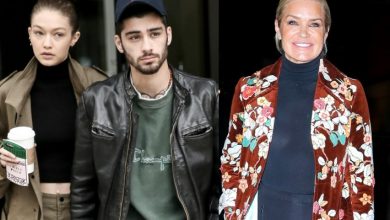 PSC and Other UK Human Rights Organisations Banned From Israel

Save the Children scales up Syrian operations, warns of mass displacement of children