nationaljeweler– Alex Šepkus, a true artist in the field of jewelry design, died over the weekend, his team announced via social media.
“It is with profound sadness that we announce the death of Alex Šepkus on Sunday, September 5, 2021,” reads a post on the designer’s official Instagram and Facebook accounts.
“An internationally celebrated artist, he was revered by the members of his team, many of whom had worked alongside him for decades. Further details on funeral arrangements will follow in the coming days.”
Šepkus was born in Lithuania in 1954 and was “extraordinarily proud of his heritage,” retaining strong personal and professional ties to the Lithuanian community throughout his life alongside his wife, Dangė.
He immigrated to the United States in 1988 and, like a number of well-known designers, launched his eponymous collection at the New Designer Gallery at the JA New York Show in 1993.
He later came to exhibit at Couture, with the team behind the show remembering the designer on its Instagram page as a “profoundly talented artist and a long-standing pillar of the COUTURE community.”
Šepkus also was a man of faith and was a founding member of the Sleepy Hollow Schola Cantorum in Westchester, New York.
News of Šepkus’ passing came as a shock to the jewelry industry, which has lost dozens of people to COVID-19 over the past 18 months and grappled with the recent deaths of other beloved designers, including Elsa Peretti, Jose Hess, Alex Woo and Holly Dyment.
Hundreds of people commented on the post on the official Alex Šepkus Instagram page, expressing their condolences for the late designer’s family and team, and remarking on Šepkus’ incredible talent.
“We are so shocked and saddened to hear this news,” retailer Fox’s Seattle wrote. “Alex has been surprising, delighting, and amusing us with his incredible jewelry for nearly 30 years. He was truly one-of-a-kind and will be sorely missed.”
Engagement 101 Editor-in-Chief Severine Ferrari remarked, “Artists leave us with magical things and experiences that [endure] for so much longer than their earthly presence. He will not be forgotten.”
Later this week, National Jeweler will run a longer article remembering Šepkus and sharing additional details about his passing.
If you have memories of the designer and his work you would like to share, contact [email protected]
Tags
Alex Šepkus jewelry 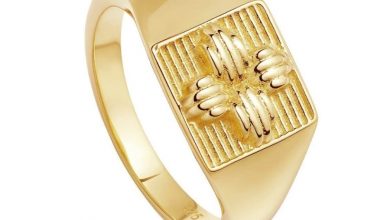 Missoma Black Friday Sale 2020: What to Buy From the Celeb-Loved Brand