independent– Tens of thousands of Poles have taken part took part in pro-EU protests after a ruling by the nation’s constitutional court inflamed tensions with Brussels.

Protesters fear that the court ruling, which found that parts of EU law were incompatible with the Polish constitution, would force the country to leave the European Union.

Thousands of people waving EU flags filled Warsaw’s historic Castle Square on Sunday evening, with some chanting: “We are staying!”.

Donald Tusk, leader of the main opposition party Civic Platform, had called for the protests to defend Poland’s continued membership in the European Union.

Speaking to the crowd, Mr Tusk denounced the actions of the ruling party under leader Jaroslaw Kaczynski.

He warned a “pseudo court, a group of people dressed in judge’s gowns and on the order of the party’s leader, in violation of the Polish constitution, decided to lead our homeland out of the EU”.

“After all, we know very well why they want to leave the European Union, in fact in order to violate citizens’ rights with impunity, to violate democratic principles and to steal without restraint,” he added.

Demonstrations also took place in many other Polish cities, including Poznan, Krakow, Gdansk and Lublin.

The mass protests were organised in reaction to a ruling by the country’s constitutional tribunal last Thursday.

The ruling, which was issued by a court largely loyal to the government, concluded that the national constitution had primacy over EU law.

It is the latest in a long line of clashes between Warsaw and Brussels and the European Commission president Ursula von der Leyen said on Friday that she was “deeply concerned” by the ruling.

Poland is due to receive some £142m from the EU by 2028 and critics say that the government is putting this funding at risk by picking fights with Brussels.

Leader of the ruling Law and Justice party, Jaroslaw Kaczynski, said last month: “There will be no Polexit. That is a propaganda invention which has been used against us many times. We want to be in the EU. But at the same time, we want to remain a sovereign state.”

However his opponents say that even if the party does not want to explicitly leave the EU, recent events could lead to greater confrontation with the EU – and ultimately a Polish withdrawal. 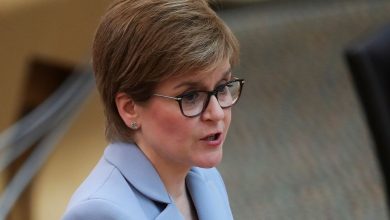 Covid in Scotland: Sturgeon to confirm delay to lockdown easing