elle– After Zayn Malik’s alleged altercation with Gigi and her mom Yolanda, his relationship with Gigi’s younger sister Bella has become deeply strained, according to Us Weekly. A source close to the family shared that both Bella and Gigi’s younger brother Anwar have been separating themselves from Malik.

“Bella has had a huge rift with him, as does [her brother] Anwar [Hadid],” the source said. “They hate what he has done to their sister.”

Malik pleaded no contest to four charges of harassment against Gigi and Yolanda in October after an alleged dispute in September when Yolanda visited the Pennsylvania home he shared with Gigi and their one-year-old daughter Khai. According to the TMZ-reviewed court doc, Malik allegedly “shoved her [Yolanda] into a dresser causing mental anguish and physical pain.” Malik has denied any physical contact with Yolanda.

At the time, Gigi was in Paris and returned after the incident.

Malik addressed the incident on his Twitter. He wrote that he did not contest the charges to allay interest in the story and protect his daughter from further attention.

“In an effort to protect that space for her, I agreed to not contest claims arising from an argument I had with a family member of my partner’s who entered our home while my partner was away several weeks ago,” Malik wrote. “I am hopeful thought for healing and for all involved with the harsh words shared and more importantly I remain vigilant to protect Khai and give her the privacy she deserves.”

And in another statement to TMZ, Malik said, “I adamantly deny striking Yolanda Hadid and for the sake of my daughter I decline to give any further details and I hope that Yolanda will reconsider her false allegations and move towards healing these family issues in private.”

It was noted by the Daily Mail that in late October both Bella and Anwar unfollowed Malik on Instagram, shortly before news of the court case broke. 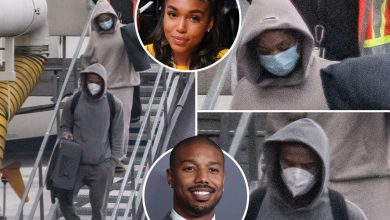 All About Lori Harvey, Michael B. Jordan’s Girlfriend

Oil slumps 5%, US crude at its cheapest since March