elledecor– With each of her books Leslie Williamson gets more to the meat of what a home can be. In Handcrafted Modern (2010), she dug into the carefully constructed homes of some of the great midcentury designers, with eyes on details like hand-hewn staircases and soothing yet surprising color combinations.

In Interior Portraits (2018), Williamson went back to her roots, discovering the homes of creative Californians. Now she has released her most impressive tome yet, Still Lives: In the Homes of Artists, Great and Unsung, an exploration of 13 late creatives’ homes from all over the world. Throughout the book’s pages, Williamson documents Derek Jarman’s contemplative cottage in Dungeness, England; Jozef Peeters’s colorful corner in Antwerp, Belgium; and David Ireland’s Victorian pile in San Francisco, to name a few. Clutter-filled nooks, easy-to-miss details, and natural light are all captured to enchanting effect. We sat down with the photographer to talk through her inspiration and what drives her practice.

ELLE DECOR: How did you choose the artists you included in the book?

Leslie Williamson: With all of my books it really starts with this crazy mental bucket list of all the house museums and places I want to see for myself. And frankly, it’s a lifelong list. So there isn’t any formal process, just a list of places I really want to go to.

Once I see a place and I get that feeling like the artist’s soul is still there, I absolutely must photograph it. When I go to shoot a place, I don’t research a lot before, because part of the purpose of the book is to get to know artists through their spaces. Shooting time is discovery time. The real rabbit-hole research time is when I start writing.

ED: What is revealed to you when you start writing?

LW: It always brings up more questions—part of me is like, “Damn, I should’ve done more research before I visited,” but if I know certain things about the artist’s life then it colors the discovery of the shoot!

Once I start writing, I learn way more about the artist’s life. For instance, I became enthralled in N.C. Wyeth’s life. His story is so bittersweet. He was considered the best illustrator of his time, but what he wanted to be was a great artist, and there was quite a distinction between the two at the time (there still is). He always experienced a pang about not attaining what he wanted to, and then later on his son [Andrew Wyeth] became one of the most celebrated painters of his respective time—I can’t imagine the pride there, but there also had to have been a little twinge of something like jealousy.

ED: Do you consider yourself an artist?

Writing is something I only started doing when I began making books. Between photographing for the books, writing, and being able to talk about the content—there’s a magical alchemy that happens at that intersection for me.

ED: What did you learn from your time with these homes? Anything about yourself?

LW: The more places I photographed, the more I just loved how different everybody was from one another.

There are a few houses that really profoundly affected me—N.C. Wyeth’s story of course [in which the artist’s career was eclipsed by that of his son, Andrew]—but also Joan Miró’s space. He is so inspiring. I knew his work, but I connect so much more with him now about his creative process. I feel like a bit of a kindred spirit with Miró. He had this little room set aside that was just a place where he could sit and mentally prepare to work. He really understood himself and guarded his privacy. And the paint splatters on the floor feel like fingerprints!

ED: What is home for you?

LW: Home means being surrounded by my stuff. It’s a place I can go and shut the door and not have to open it to anyone. I need a cocoon. I need my own cocoon. Home is self-care. It is the supreme, ultimate opportunity for self-care. And it doesn’t have to be beautiful to anyone but you!

When the pandemic hit I had been a nomad for four years, so I didn’t really have a home. Right now I’m in Monterey, California, where I moved to write the book. I found this 1930s motel court that was converted into little bungalows—that’s where I live now.

ED: Do you collect anything yourself?

Vanessa Bell’s house is just jaw dropping. Every single wall and every single thing is hand-painted or handmade. Also just the length of time over which that interior had been created. An entire lifetime that that artist lived in that house—that was the time it took to create it. It was always evolving. I appreciate houses that are really lived in.

ED: Is there anyone you would have liked to include in the book?

LW: Donald Judd! The Judd Foundation is so thoughtful about how they preserve those spaces. Also Ellsworth Kelly’s studio space.

This interview has been edited and condensed for clarity and length. 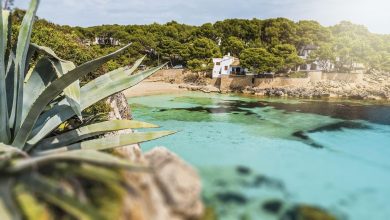 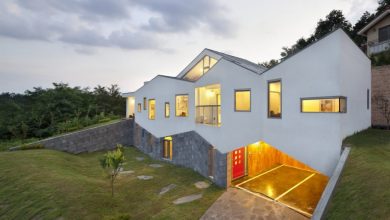 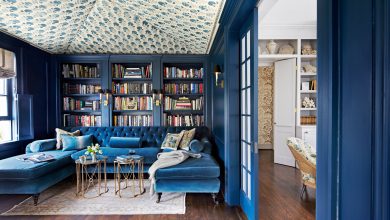 A Lifestyle-Driven Design for a Fashionable Family