elle– Tom Holland made it abundantly clear how smitten he is with Zendaya last night when the Spider-Man: No Way Home star literally stopped his interview with Entertainment Tonight to watch her arrive on the red carpet. Entertainment Tonight was filming the interview and posted the footage on its Twitter of the moment Holland paused their discussion because he suspected his girlfriend was about to step onto the carpet.

You can watch the full interview of Holland’s interview—and him interrupting it to look at Zendaya—here. For further proof of his adoration, here’s Holland and Zendaya posing together at the premiere later, and Holland gazing lovingly at her:

This isn’t the first time Holland has paused a Spider-Man: No Way Home red carpet interview to marvel over Zendaya arriving. He did the same thing with the Associated Press a week ago at the film’s London photo call. “There she is, looking beautiful, might I add—as ever,” he told the AP’s reporter. “[She’s] very wise, she’s like an owl. She’s like a wise owl.” (You can watch that interview here.)

Holland told the AP that Zendaya really helped him adjust to Marvel fame. “The biggest way [she helped] is just companionship, you know, like two friends coming together, like experiencing this world, going through the same problems at the same time, having a shoulder to cry on,” Holland said. “It has been a huge thing for the pair of us and with Jacob [Batalon] as well. We really are a family. And you know, becoming famous at the age of 19, but this is a different kind of famous. There’s not a corner of the world that Spider-Man hasn’t touched so it’s a lot to take in so it’s really nice for me to have a family to share that with.” 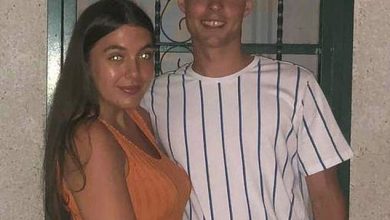 She was ‘head over heels in love’ with him – he spat in her face, kicked her and forced her to kneel in a field where she thought she might die