thejewelrymagazine– Jeff Bezos just journeyed beyond our planet. So did William Shatner.

And soon, the short-but-growing list of visitors to outer space will include one more entry: Dianna Rae’s diamonds.

In May 2022, a package of gems from Dianne Rae Jewelry, a Lafayette, La.-based custom design store, will hitch a ride on an unmanned rocket trip to the International Space Station. The ten-million-mile journey will take about 30 days, after which the store will ship the stones to customers.

The idea came about as company owner Dianne Rae High was brainstorming ways to raise her national profile.

“There is just so much competition, and I didn’t want to open up new locations. My husband [Gemvision founder Jeff High] is really tech-y, and we just had this idea now that people are going to Mars and the moon, and space is on the tip of everyone’s tongue.”

After spending “the last year navigating the bureaucracy of SpaceX and the International Space Station,” High secured a spot for 2 kg worth of diamonds (including packaging) on a NASA flight. That adds up to about 1,000 cts. of diamonds; how many stones that will be depends on what people preorder.

High admits that putting this together “was way harder than we thought. We struggled through a lot of meetings.”

NASA had several preconditions: For one, only diamonds were allowed.

“Diamonds were OK because they are inert. But we couldn’t send any jewelry or any other gemstones. They also had to approve our packaging. We couldn’t put them in plastic because some plastic deteriorates in space, and the deterioration comes off as gas, which can affect the respiratory system in that small space.”

Some ideas weren’t feasible: “We wanted the astronauts to interact with the diamonds,” High says. “We had this vision of having a diamond floating in space and taking a picture of it. But that was way too expensive.”

The diamonds will be presold through a Diamonds in Space website, and the American Gem Society laboratory has agreed to produce special “space passports” documenting their journey. Customers can buy the gems as loose, but High has also created a line of space-themed jewelry.

“Some of the designs are simple, like the moon and the stars,” she says. “There’s this iconic window on the Space Station where everyone looks out and sees the Earth. We tried to re-create that with a blue topaz.”

It’s even offering some old European–cut diamonds. “They were cut at the time when Wilbur and Orville Wright started flying. Now, they are going up in a rocket to outer space and coming back to be reset in jewelry. We are calling them Time Travelers.”

Dianna Rae is planning a party when the diamonds are finally sent into the Great Beyond. But even customers who can’t make it will be able to track their space-bound gems.

“NASA is giving us an app that lets them follow the International Space Station. They will know if their diamonds are passing over their home.”

For her part, High says she would love to travel in space one day.

“I can’t even imagine. William Shatner came back, and he was just so moved by it. What an experience to see the Earth from that angle.”

While she admits that probably won’t happen, she is excited enough to have her gems make the trip.

“There are so many things that really make this magical,” she says. “We give you a story to tell. Anyone can buy a diamond online and give it to their girlfriend and say, ‘I love you more than the moon and the stars.’ ” 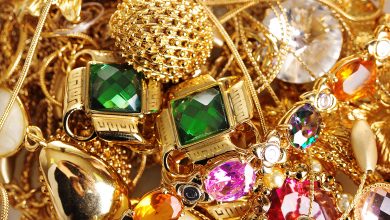 All Your Questions about Jadau Jewelry Finally Answered

A buying guide to ethical jewellery