bbc– Chelsea boss Thomas Tuchel has called the Premier League schedule “not fair” and said his side “are struggling” after sustaining more injuries.

The Blues won 3-1 at Aston Villa on Sunday, with Romelu Lukaku scoring a goal and winning a penalty in his first match back after a Covid-19 absence.

Chelsea had a request to have their 0-0 draw versus Wolves on 19 December rejected by the Premier League.

“It’s like it is – but this cannot be the right way,” said Tuchel.

While 15 top-flight matches have been postponed so far in December, Chelsea were playing their eighth game in all competitions in the month and have Brighton to come at Stamford Bridge on Wednesday.

Callum Hudson-Odoi and Lukaku have both missed games because of Covid-19, while forwards Kai Havertz and Timo Werner were still absent and defender Thiago Silva and midfielder N’Golo Kante picked up injuries in the win at Villa Park.

“They make us play all the time, even if we have Covid. We have new injuries and it won’t stop. People at the green table, in offices, make these decisions.

“We are struggling, we’re pressing our players. I have maximum respect for what the players did. We do changes because of injuries. We don’t change for tactical reasons any more.”

“I’m very impressed with my players but super concerned,” added Tuchel. “Maybe we made a big mistake letting players play after corona and one or two training sessions.

“But obviously they [the Premier League] made us play and so we play.”

He reiterated his call for five substitutes to be allowed in the Premier League again to help deal with the pandemic, but he said there was “zero chance” of that happening.

“We are not protecting the players because we are the only league who doesn’t have five changes,” Tuchel said.

The rule has remained in the rest of Europe’s top leagues since it was introduced in summer 2020.

Villa assistant manager Gary McAllister, who was standing in for boss Steven Gerrard after he tested positive for Covid, said bringing back five substitutes was “a must”.

Southampton boss Ralph Hasenhuttl said his team will have to “make a miracle” to face Tottenham on Tuesday, scheduled just over 48 hours after their 3-2 victory over West Ham.

“We face a very strong side with two days’ rest and no chance for training. We have to have a good hand in picking the right players and hope that we do,” Hasenhuttl said.

“We have no time to prepare and we have to see who is fit, but this is what we have to do if you want something from the Premier League. We will fight again.”

Tiger Woods reflects on opening round at Honda Classic: ‘It was like playing a British Open’ 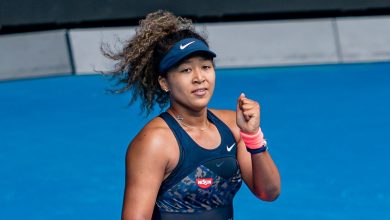 Defending champion Davis ousted in 1st round at ASB Classic