elle– Tom Holland and Zendaya have been promoting their new film Spider-Man: No Way Home together this month. Even before they were officially a couple, their chemistry on the red carpet was sizzling. In an interview with The Hollywood Reporter , Holland was asked about the possibility they might use that chemistry to carry one of the biggest nights in Hollywood and host the Academy Awards together.

At first, Holland was considering it just for himself and seemed extremely reluctant. As Spider-Man, he has a lot going on at the moment.

“Maybe in the future, but in all honesty I’m just too busy right now,” he told the outlet. “I don’t have the time. I’ve got an Uncharted press tour to do, and then I start shooting in early March for this TV show [Apple TV+’s The Crowded Room] which is going to take up a lot of my time and is definitely the hardest role I’ve ever taken on. So maybe one day in the future. But no, not right now. Honestly, I just don’t have the time. And you know I would love to do that — I love that kind of thing, I love being put under pressure and doing things that I feel uncomfortable doing. So I’m interested in it, but I just don’t have the time.”

Apparently, after THR put the idea in his head, Holland actually got into the idea. After that full paragraph rejecting the notion, he called them back just a couple of minutes later to say he’d changed his mind!

“I just wanted to quickly backtrack on what I said,” he told them this round. “You asking me about the Oscars — you’re the first person to bring that up — and I’m sitting here going, ‘Of course I would host the f–king Oscars!’ I just went to the bathroom and I was looking at myself in the mirror and I was like, ‘What kind of f–king idiot wouldn’t host the Oscars?’ So yeah, if they ask me to, I would, and it would be very fun. I would really enjoy it.”

Holland was then asked if he’d be willing to host with someone else or prefer to be on his own.

“Either/or. I don’t mind. By myself would be great, and with someone I love would be even better,” he said. “I think a shared experience is always better than a solo experience. I’m happy with either, but it would be a very fun evening — I’m sure very stressful, but it would be a lot of fun.”

This was all clearly leading up to the big question—would he be willing to co-host with Zendaya? Holland explained that would definitely be up to her.

Clearly, it doesn’t take much to convince someone to host the Oscars, so never say never.

Egypt will raise the price of metro tickets 2018 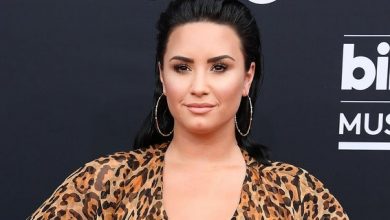