Among the Queen’s Crown Jewels is the Cullinan I diamond, also known as the Great Star of Africa, which sits in the Sovereign’s Sceptre with Cross. The Great Star of Africa weighs an incredible 530.2 carats, has 74 facets, and was cut as a pendeloque-cut brilliant. The diamond was one of nine major stones cut from the Cullinan Diamond, the largest gem-quality rough diamond ever found to date, which weighed a staggering 3,106.75 carats.

The Cullinan Diamond was unearthed in a mine in modern-day South Africa in 1905 and it was dubbed after the chairman of the mining company, Thomas Cullinan.

The government of the Transvaal region voted to gift the diamond to the British monarch at the time, King Edward VII, as a symbolic gesture aiming to repair the relationship between Britain and South Africa following the Boer War.

The impressive diamond was cut by Joseph and Abraham Asscher, who also created the famous Asscher-cut diamond style beloved for engagement rings today.

As well as being carried in the sceptre, the Great Star of Africa can be worn as a brooch – a style favoured by the wife of King George V, Queen Mary.

According to consumer intelligence tool Brandwatch, the Great Star of Africa was a big topic of discussion on Twitter on April 21 as the Queen celebrated her 96th birthday.

Much of the discussion online centred on the diamond’s controversial past, as it has been claimed the diamond was stolen and should be returned to South Africa where it was found.

The Great Star of Africa is not the only large diamond that is controversially part of the royal collection. The famous Koh-i-Noor diamond entered the Royal Family’s possession during the reign of Queen Victoria.

The impressive gem was incorporated into the crowns of queen consorts in recent years, including Queen Mary and Queen Elizabeth, the Queen Mother.

But several countries have laid claim to the diamond since it was acquired by the British Royal Family, although it has been argued the diamond was gifted to the British Crown by Maharaja Duleep Singh, son of Ranjit Singh.

But as Duleep Singh was only 10 when the diamond was given to the British monarchy in 1849, questions have arisen about the morality behind how the diamond was acquired.

Mike Shotton, Jewellery Expert at Acotis Diamonds, told Express.co.uk: “The Crown of The Queen Mother is a piece steeped in royal history and not just from the British monarchy.

“Obviously, the most striking gemstone in the crown is the infamous Koh-i-Noor diamond, set at the front of the crown.

“It’s argued about among historians, but the Koh-i-Noor diamond is said to have come from an Indian mine sometime between the 12th to 14th Century.

“It was passed down from royal dynasty to royal dynasty till it was ceded to Queen Victoria in the Anglo-Sikh wars – which is where the controversy behind the diamond stems with many prominent Indian public figures demanding the stone be returned to the country.

“It’s said that Queen Victoria herself felt uncomfortable wearing the diamond due to the nature of its acquisition.

“It’s been re-cut a few times to be set in various royal pieces of jewellery before finally settling in the Crown of the Queen Mother.

When Prince Charles becomes King, he will likely wear the Cullinan Diamonds that feature in the Crown Jewels for his coronation.

And as Queen Consort, Camilla, Duchess of Cornwall will likely wear the Koh-i-Noor diamond in her crown too like her predecessors. 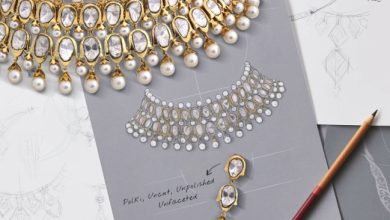 The Eternal Love of Leonori